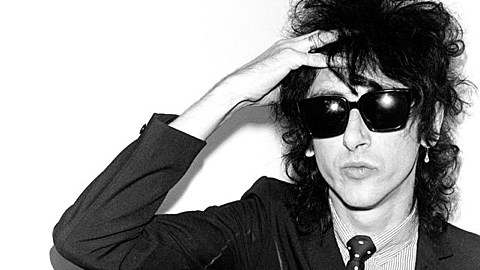 We recently mentioned that Miriam, the new recording project of Miriam Linna (Kicks fanzine writer, A-Bones drummer/singer, Norton Records co-founder, etc) released her debut album of garage rock/Phil Spector pop, Nobody's Baby, earlier this year on Norton and that she'll be opening for The Muffs at the NYC stop of their tour happening October 10 at The Bell House with Vivian Girls/Hole-related band Upset (tickets). Before that though, she'll play her first official NYC show ever (she's technically played here before) as Miriam on September 12 at Bowery Electric.

The show is with US punk legend Cheetah Chrome (of Dead Boys and Rocket from the Tombs) and legend in his own right, "bard of Salford" and UK "punk poet" John Cooper Clarke, whose work was likely exposed to a younger, larger audience when Arctic Monkeys used his lyrics on "I Wanna Be Yours" from last year's AM. Mad Juana are also on the bill and Billy Miller of Norton Records will DJ. Tickets for that show are on sale now.

Two days later at the same venue (9/14), both Cheetah and John will appear at the Ramones 40th anniversary celebration (a different one than the one that happened earlier this month) with other punk legends such as Handsome Dick Manitoba (The Dictators), Walter Lure (Johnny Thunders & the Heartbreakers), Ivan Julian (Richard Hell & the Voidoids) and many others. Tickets for that show are on sale now and proceeds will benefit Love Hope Strength. Full lineup here.

John Cooper Clarke also has other US dates around that time including two more in NYC: September 15 at Bowery Poetry Club and September 21 at The Standard Hotel. All of his dates are listed below.

Cheetah also has other tour dates, including a solo acoustic set in NYC on September 11 at Niagara (112 Ave A), which is free. All of his dates are listed below as well.

Miriam - "My Love Has Gone"