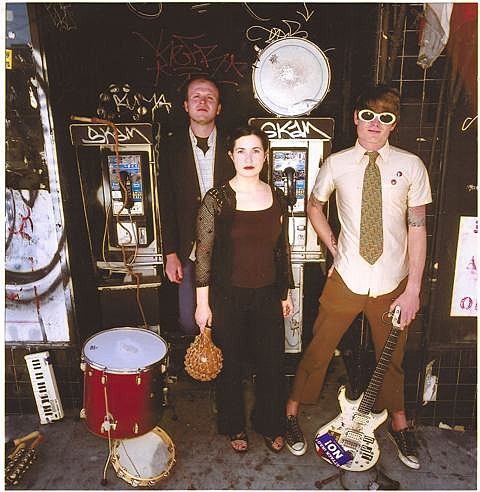 With Thee Oh Sees on an extended break, new Los Angeles resident John Dwyer has time to do other stuff like run his busy record label Castle Face and release a weird synth-heavy solo record. He's also getting his old band, Coachwhips, back together after reissuing the band's debut album last year. After a warm-up show at LA's The Smell, Coachwhips will storm Austin during SXSW playing a slew of shows -- none of which are officially part of SXSW. Those include one of Pitchfork's day parties. All dates and Austin appearances are listed below.

Coachwhips, who existed from 2001 - 2005, don't sound miles away from what Dwyer would do with Thee Oh Sees, just more raw and lower-fi -- even compared to early Oh Sees. (Coachwhips were really more about primal energy.) It will certainly be interesting to hear that material played live with a potentially more seasoned band. No word on whether Coachwhips plan more shows after SXSW (like maybe ones on the East Coast) but cross your fingers.

All dates are listed, plus the album stream of Coachwhips' debut, below...