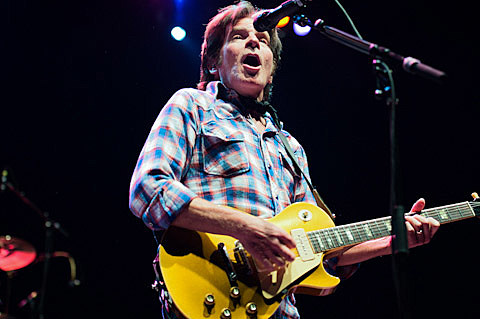 Rock legend John Fogerty (formerly of Creedance Clearwater Revival) released his ninth solo album, Wrote a Song for Everyone, on May 28 (his 68th birthday) and features many of his hits performed with contemporary artists like Foo Fighters, My Morning Jacket, and others, in addition to a few new songs. He will be touring in support of it, stopping in NYC for a show at Beacon Theater on November 12. Tickets to that show go on sale Monday (6/17) at noon. They're on Fan Club and VIP presale now, and Local, Ticketmaster, and Social presales start Thursday (6/13) at 10 AM.

All tour dates are listed, along with the video for "Mystic Highway" from his new album, below...