John Grant at LPR in May (more by PSquared Photography) 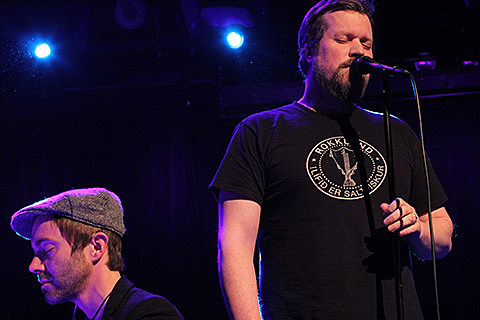 While it doesn't look like he'll be doing a full North American tour, current Iceland resident John Grant will be in NYC in December for a show at Music Hall of Williamsburg on December 2. Tickets go on sale Friday (11/1) at noon with an AmEx presale beginning Wednesday (10/30) at noon. It's his third show in NYC this year (four if you count his private Slipper Room show), each one a bigger venue.

John Grant's terrific second album, Pale Green Ghosts, came out back in May and will likely end up on a few Best of 2013 lists... which should start trickling in sometime soon. Most of Grant's upcoming dates are in Europe and all are listed, along with video of a live solo version of "Where Dreams Go to Die," below.