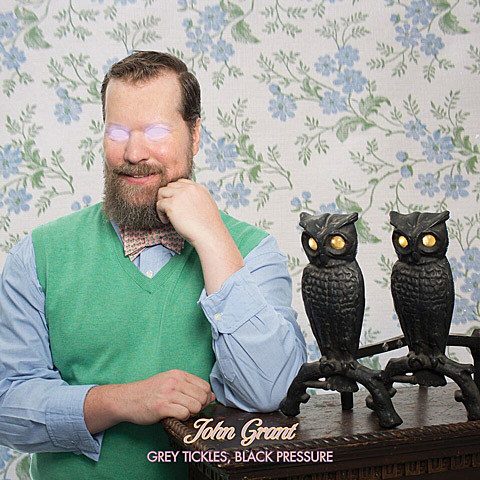 John Grant released his third solo album, Grey Tickles, Black Pressure, last week. Made with producer John Congleton, it continues in the electro-inflected sound, but still with that '70s glam vibe Grant does so well (not to mention his wry, telling lyrics and bravado vocals). It's another great album from Grant and you can stream it via Spotify, and check out the video for "Disappointing" (featuring Tracey Thorn), below.

As mentioned, John Grant is on tour with Villagers, including a CMJ show at Le Poisson Rouge on Saturday (10/17) and tickets are still available. Additionally, John Grant will play the Rough Trade Presents day show on Thursday (10/15) with Ezra Furman, Georgia, Shopping, and Hooton Tennis Club. That show is free and John's on at 5 PM.

All John Grant tour dates are listed below.