Grant in his new home of Iceland 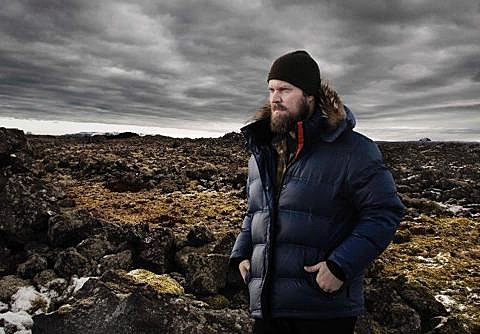 As mentioned, John Grant will release his new, electronics-infected album, Pale Green Ghosts, on May 14 via Partisan. He's just released a remix of album track "Black Belt" done by Dungeoness (aka Jenn Wasner of Wye Oak's latest project). You can download it above or stream it below.

While Grant has a European tour on the way, he currently only has one North American date scheduled which happens in NYC on April 25 at Le Poisson Rouge. Tickets for that show are on sale now. All tour dates are listed below.

Grant now calls Iceland his home (Biggi of Gus Gus produced part of his album) and has become enamoured with local artist Ásgeir Trausti. He has helped Ásgeir create an English-language version of his debut album, Dyrd i daudathogn, which recently won four Icelandic Music Awards. That version of the album will be out later this year via One Little Indian. You can check out a live video below.

Speaking of that label (also home to Bjork and Ólöf Arnalds), One Little Indian will release Stone Beads & Silver, the new album by Irish musician Marc Carroll, next month. You can check out the video for "Fool Disguised in Beggar's Clothes" below and catch him live when he plays NYC at Rockwood Music Hall on March 5. No advance tickets for that one. His only other US date scheduled at the moment is in LA.

A list of all John Grant dates, the remix stream, and Ásgeir Trausti and Marc Carroll videos, below...