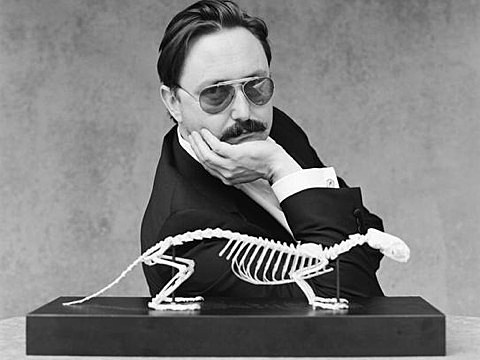 John Kellogg Hodgman is a 41 year old author, actor, auctioneer, and humorist with one of the most fertile brains and diverse CVs in the biz. To the masses, Hodgman is probably best known as a Daily Show correspondent and as the personification of the "PC" in those numerous, insufferable and divisive Mac v. PC advertisements broadcast by the Macintosh Department of Propaganda. But those two facets of his career are small potatoes when you consider he's also written three books and, well... JESUS! Just look at his Wikipedia page!

His most recent tome, That Is All, came out in paperpack back in October and is the third and final installment in his trilogy of Complete World Knowledge. In addition to offering readers tips on the impending demise of the world as we know it on Friday (12/21/12), the book covers other topics including sports and wine and also features a list of seven hundred ancient and unspeakable gods. This man is a meticulous list-smith.

I found Hodgman to be an truly wonderful auctioneer at the Tom Scharpling/Ted Leo Sandy Benefit at the Bell House a couple weeks ago (Friday, December 7 to be specific). His banter was absolutely hilarious, but when the bids started flying he immediately assumed the role of veteran auctioneer and was able to keep drunken non-bidders quiet while keeping the actual bidding in perfect control. And as you will see from the list below, John Hodgman really likes the Bell House. As a matter of fact, be sure to check him out at the Bell House Friday December 21 where he will be doing two special THAT IS ALL live shows in one special evening. Sadly the 10:00pm late show is sold out, but the 7:00pm early show still has some vacancies. Get early show tix now before they are gone!!

UPDATE! John will be previewing That is All tonight (12/17) at Long Island City club The Creek and Cave . 8 PM and it's FREE.

And now, I present to you, The TEN BEST THINGS OF 2012 by John Hodgman:

The TEN BEST THINGS OF 2012 by John Hodgman

Dana Gould dressed as Dr. Zaius dressed as Mark Twain at Sketchfest in San Francisco, 2012.
I confess I had stinking paw in this, but it so utterly transcended all my human hopes, and Dana was so happy.

Jean Grae's self-directed video for "Kill Screen"
The most important discovery I have ever made on twitter in the middle of the night. Jean is so virtuosic and cool that it is terrifying.

Jean Grae on
Twitter in the middle of a different night, talking about HR Pufnstuf and other things.
It is nice to be reminded that someone so ruthlessly cool can also be so ruthlessly adorable.

Chris Ware's "Building Stories"
Because he is so immensely talented, so impossibly meticulous, and equally so decent and adorable, Chris Ware has earned the title "The Jean Grae of Cartooning" 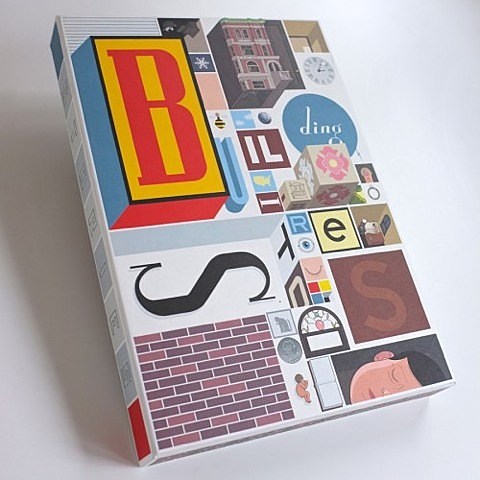 This leak of a beautiful song from the French production of Cynthia Hopkins's "This Clement World."
Everyone on the internet knows how strongly I feel about the voice and songwriting skills of Ms. Cynthia Hopkins, but this new show about the slow, slow end of the world may be the most beautiful yet.

Thrilling Adventure at the Bell House in October
The most delightful staged old time radio serial in Los Angeles made its Brooklyn debut and destroyed in two back to back shows. They will return this spring, and this makes me happy. Meanwhile, their monthly show at Largo is available at Largo.
Check out the full Christmas episode from December 2011 HERE

Paul F. Tompkins's "Laboring Under Delusions Live in Brooklyn"
The definitive version of Paul F Tompkins's most recent hour of standing comedy, recorded late 2011 at the Bell House. It was a glorious night. I am glad that a mustached comedian I admire so much was willing to go to the only place I ever go to, apparently. 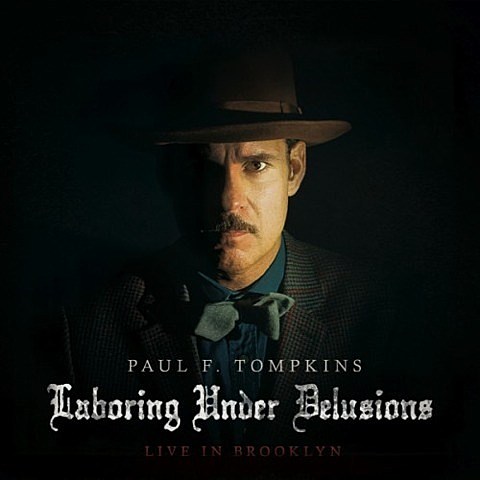 John Darnielle performing with Anonymous 4 at the Ecstatic Music Festival in March.
No official recording exists, but watching JD nerd out over the A4's impeccably performed and curated repertoire of medieval choral music equalled total delight, and he also debuted some songs from his amazing latest, "Transcendental Youth," an official recording of which DOES exist:

"The Best Show on WFMU," as always, but specifically the podcast within the broadcast, Gary the Squirrel's "Comedians Are Nuts."
Gary, Tom Scharpling's second puppet alter ego (after Vance, the three eyed prog rock pedant), marks the emergence of an important new talent in the now vast field of people interviewing comedians on the internet.

The Prime Minister of Australia acknowledging that the world is going to end on 12/21. At least someone is willing to say the hard truths the rest of us are all too happy to ignore.