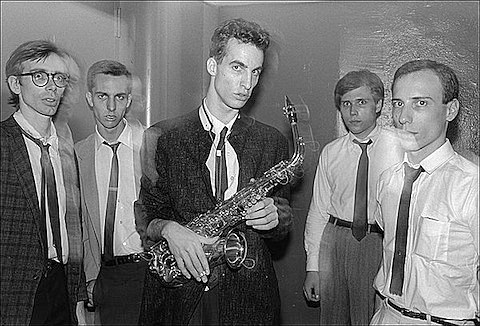 Veteran downtown sax man, Lounge Lizard leader, questionable fisherman and all-around cool cat, John Lurie and his work is being celebrated all September in a multi-arts festival called "Strange & Beautiful." There was a concert near the start of the month that featured the LPR Ensemble performing string arrangements of his music, and tonight (9/25) at Le Poisson Rouge, Antibalas & Hellbent will perform afrobeat versions of Lounge Lizards' music with the help of members of that band, Michael Blake, Steven Bernstein, Marcus Rojas, and Calvin Weston (tickets).

The festival culminates with a big show on Saturday (9/27) at Town Hall featuring the talents of John Zorn, Flea, and a whole bunch of folks who've been in Lounge Lizards over the years, including John Medeski, Evan Lurie, Anton Fier, Billy Martin, Michael Blake, Calvin Weston, and many more. They'll be performing songs by Lounge Lizards and Lurie creation, the fictional African-Jewish musician Marvin Pontiac. Tickets for that are on sale. Might Lurie, who has been battling Lyme Disease, make an appearance himself at this show? We're told there will be surprises. A couple pictures from that show's rehearsals by Monica Dhar are below.

In addition to music, Lurie is also a visual artist and there are two exhibitions of his paintings on display as part of Strange & Beautiful: one titled "The other side of The Great Wall of Fuck" at Le Poisson Rouge's Gallery which runs through November 30; and a second, titled "There Are Things You Don't Know About," at Cavin-Morris Gallery (210 11th Ave.) which runs through October 25.

As far as the man himself, earlier this year he released a compilation of '90s-era out-of-print and live recordings of The John Lurie National Orchestra titled The Invention of Animals . You can stream a track from that, and check out a couple pictures of the rehearsals for the Town Hall show, below...

Strange and Beautiful: A Celebration of the Music of John Lurie, The Lounge Lizards and Marvin Pontiac @ The Town Hall rehearsals (photos by Monica Dhar) 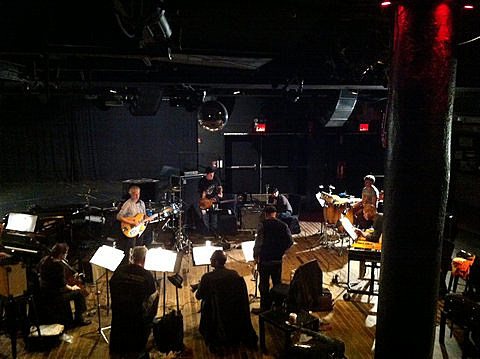 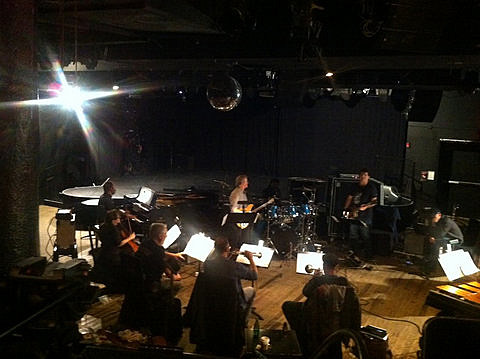