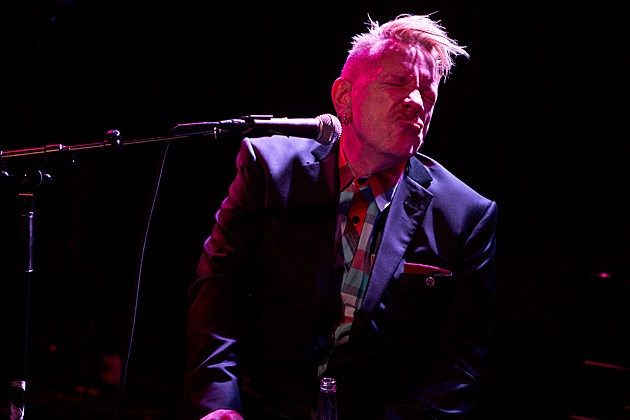 With so much trash talking, it's hard to know when to take Lydon seriously (could his theory be true that one of Sid Vicious's drug debtors planted a knife on him and framed him for the killing of Nancy Spungen?). He cheekily acknowledged this as he kicked off last night's talk: "There's so many easy ways to get into music and just do it for the money and tell a load of fucking lies and be a wanker tosser," he said. "I like my route: right from day one I knew that (cuz I love my mom and dad very, very much and they always knew I wouldn't lie) I'm not going to lie to anybody. They've both sadly passed away and I'm going to carry on the good and honest tradition of not getting caught lying." - [Bedford & Bowery]

Though he's got a reputation for being a difficult interview subject, John Lydon was in an extremely good and jocular mood at Saint Vitus on Tuesday night (4/28) -- self deprecating even -- for a release event for his new memoir, Anger Is an Energy: My Life Uncensored. He talked with Pitchfork's Jenn Pelly about the book and other subjects, and even signed copies of the book. The Sex Pistols and PiL frontman still had room for a few bilious invectives (aimed at various institutions, religions of all kinds, Jah Wobble, Siouxsie Sioux, Green Day) but in general had the crowd laughing and enjoyed himself. Pictures from last night's Q&A and signing are in this post.

Lydon will do another Q&A / signing at The Strand on Thursday (4/30) where he'll talk with Buzzfeed Books editor and Pen & Ink co-founder Isaac Fitzgerald. You need to buy a copy of the book to attend. More pictures from Saint Vitus, below... 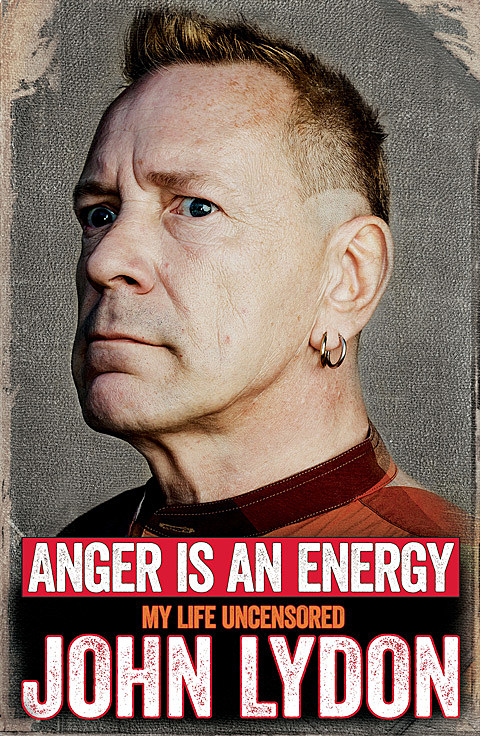 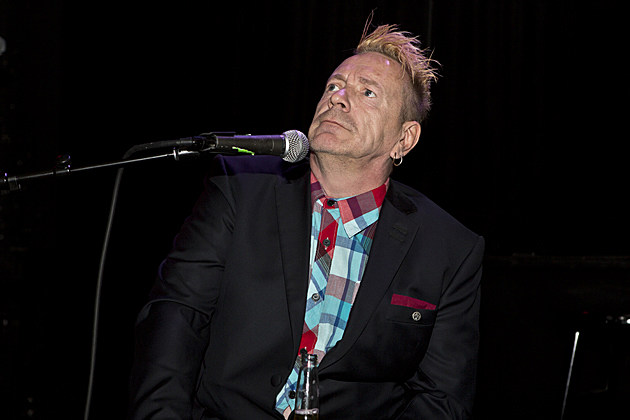 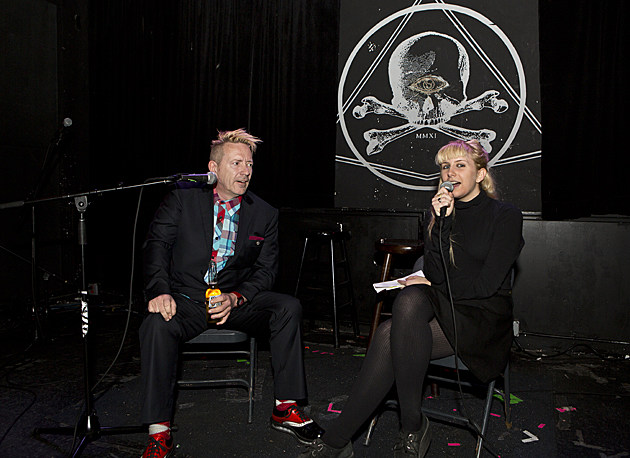 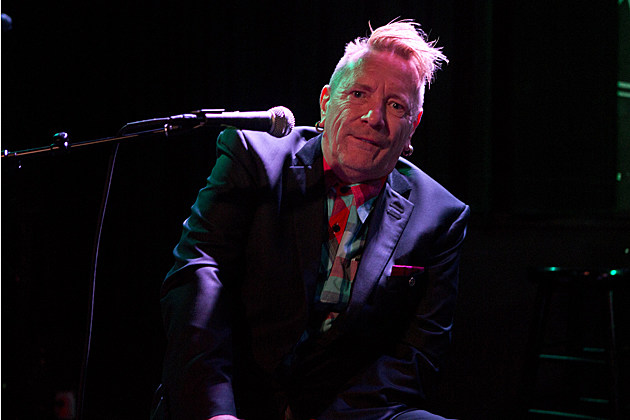 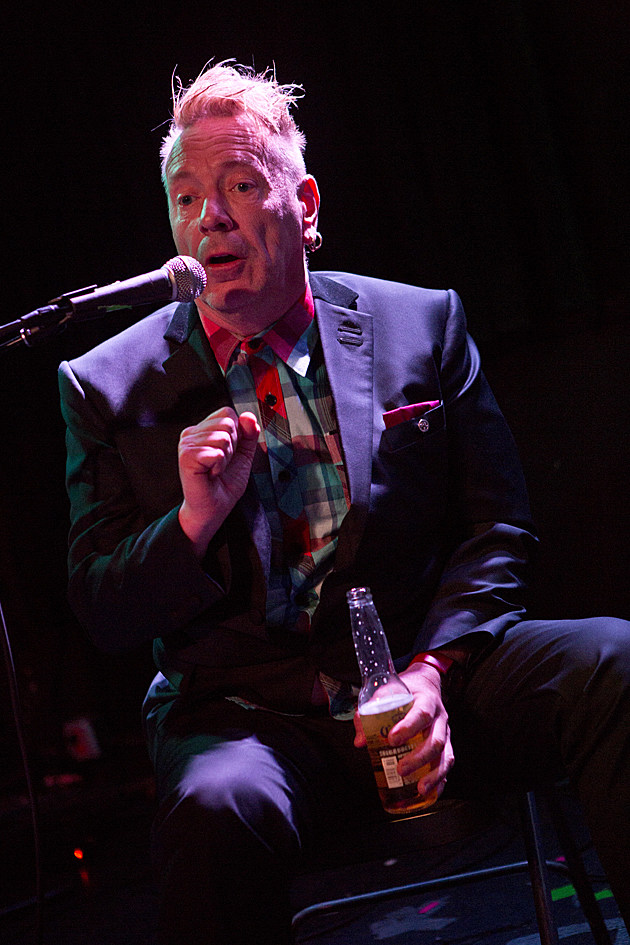 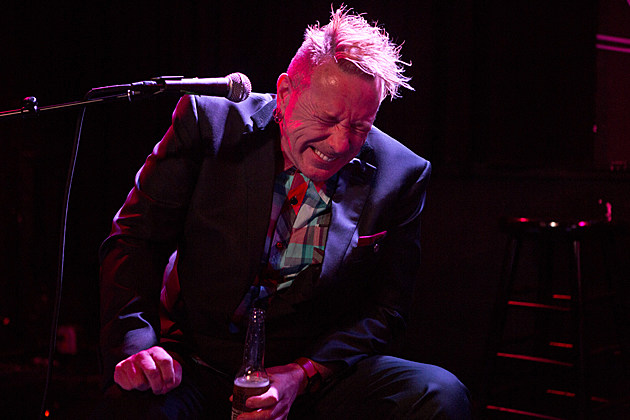 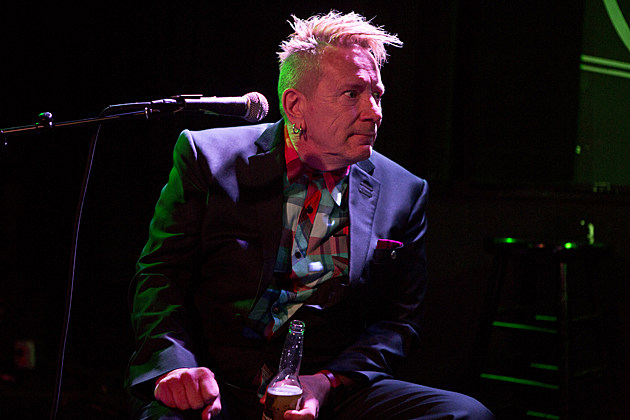 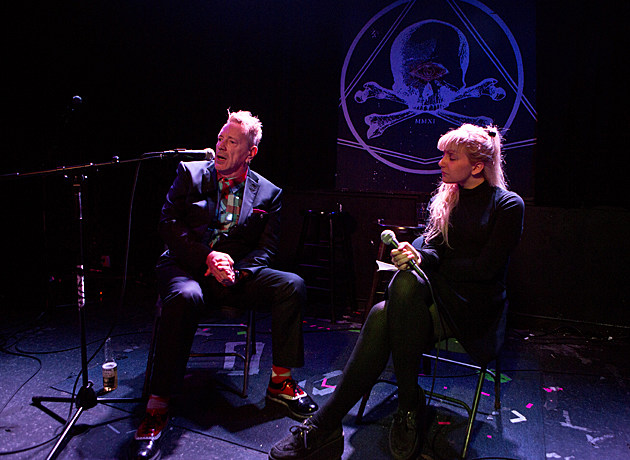 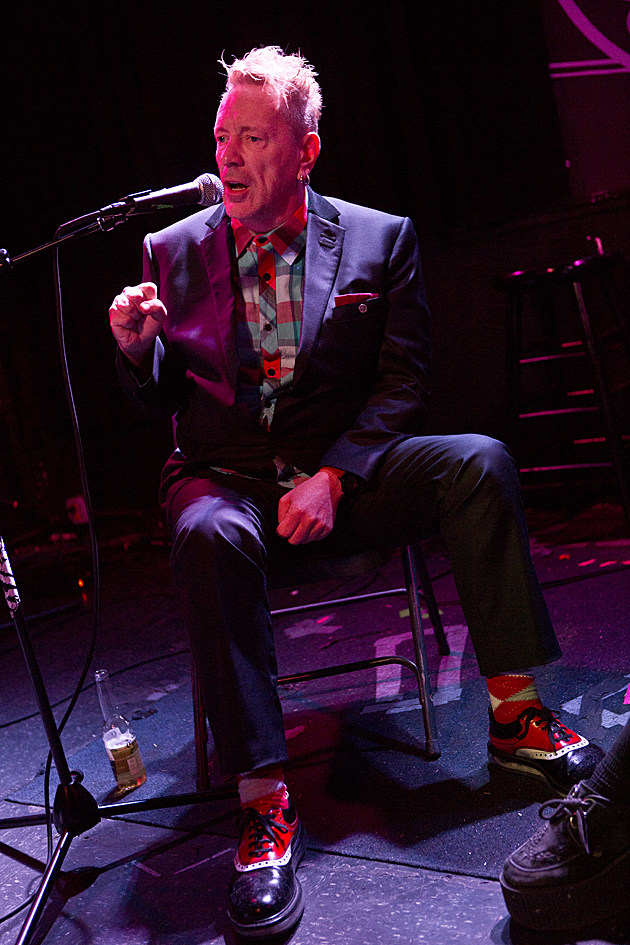 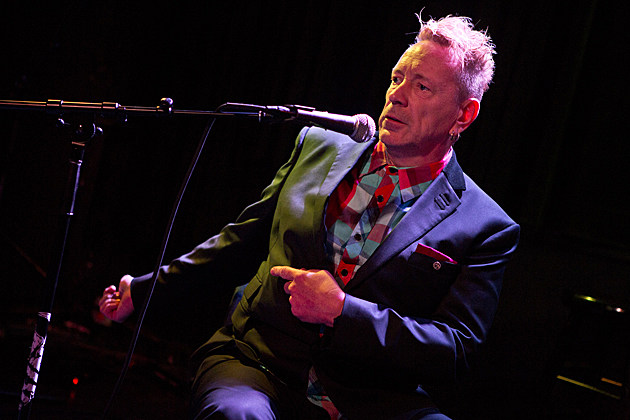 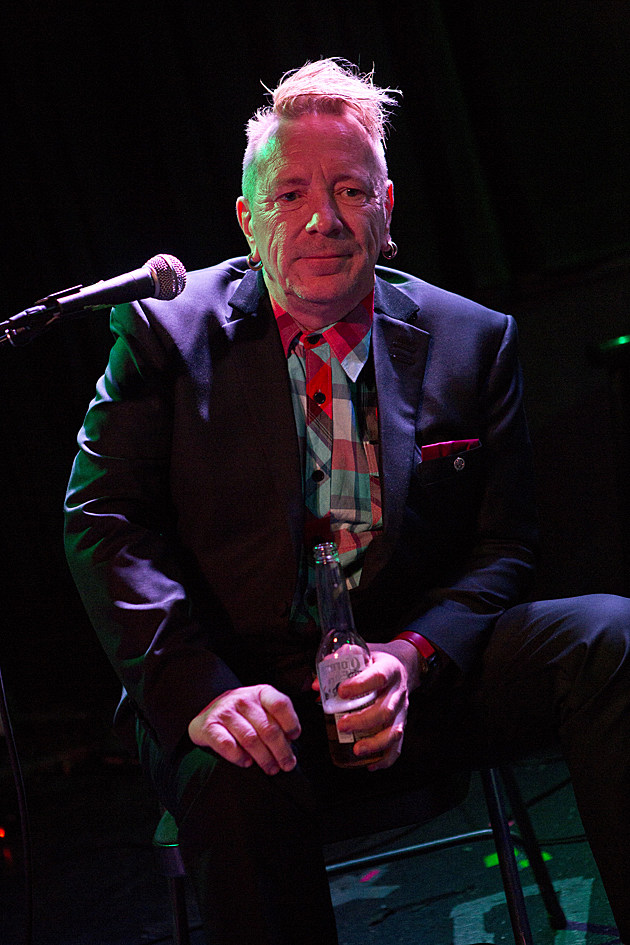 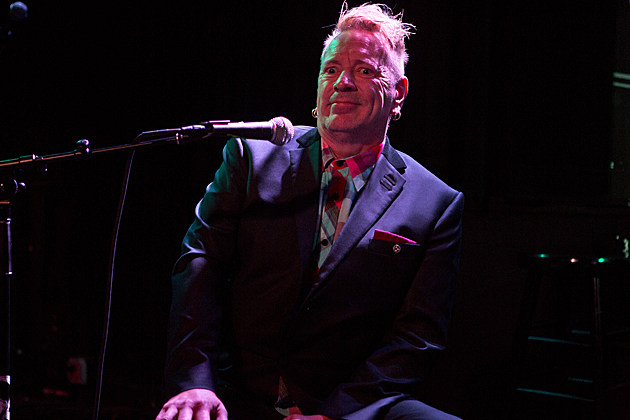 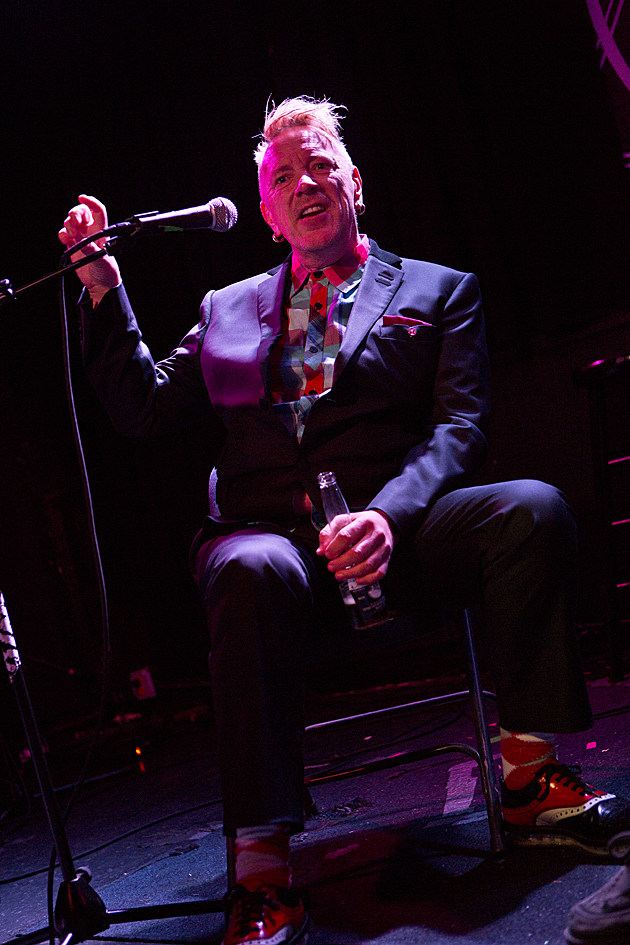 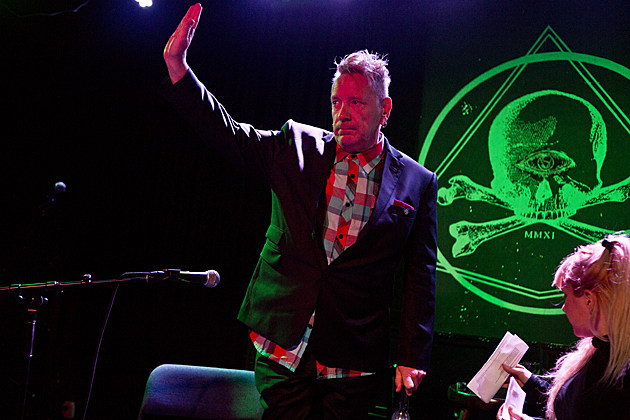 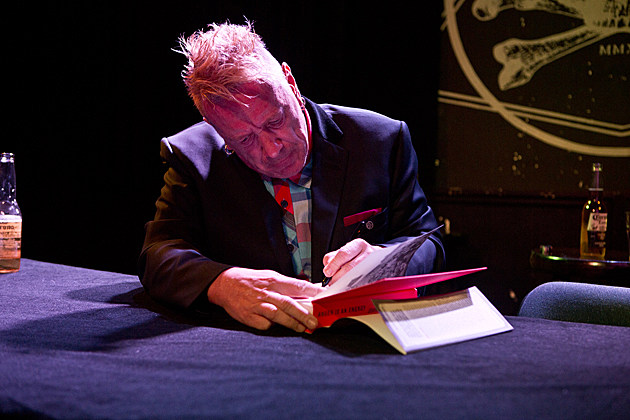 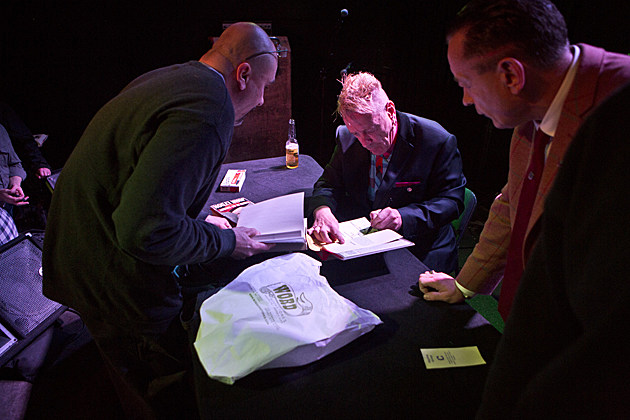 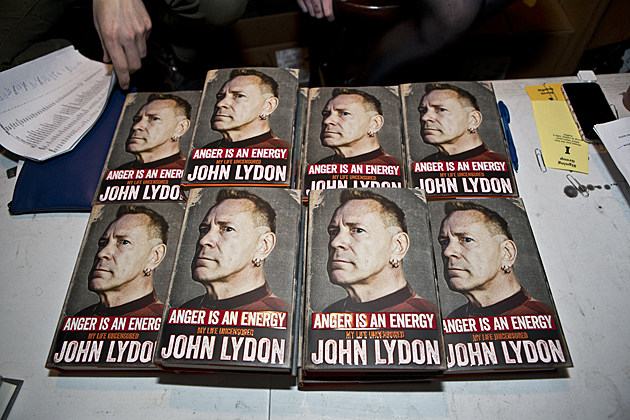 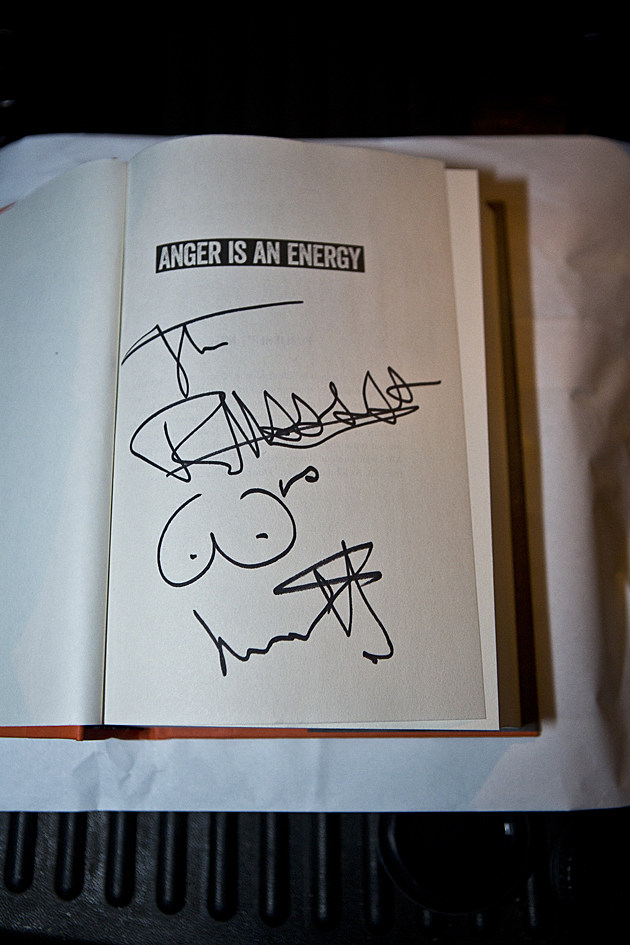