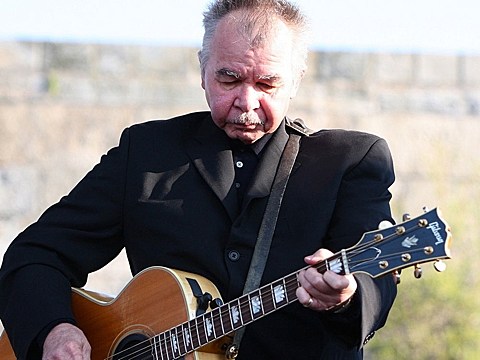 Folk legend John Prine is still active over four decades into his career, but unfortunately he's been facing some illness lately which has led to the cancellations of certain shows. A new note posted to his website says that he was diagnosed with lung cancer, but that it's treatable:

Earlier this month, famed singer/songwriter John Prine postponed two concerts due to illness. After further consultation with his doctors, he will have to also reschedule another two appearances.

"There's nothing I hate more than canceling shows," says John Prine, who wants his fans to know that all dates will be honored.

Mr. Prine continues, "I've been diagnosed with non-small cell carcinoma of the lung. Doctors here in Nashville have caught it early, and it is operable. They see no reason why I won't fully recover."

Prine says, "This is a different form of cancer, unrelated to what I had in 1997."

Feel better John, and we wish you a speedy recovery!

More info on affected upcoming shows (none in NYC) below...

John Prine will play the December 6 concert in Greensboro, NC and the December 7 show in Charlotte, NC as scheduled.

Prine's pending surgery and recuperation will move his Louisville, KY performances at the Brown Theatre from December 13 to February 28, while the December 14 show will now take place on March 1. All previously purchased tickets will be honored for the new performance dates. The previously-postponed November 9 Madison, WI show is now March 15, and the November 8 Green Bay date will also take place at a later date in 2014.

More info at his tour page.