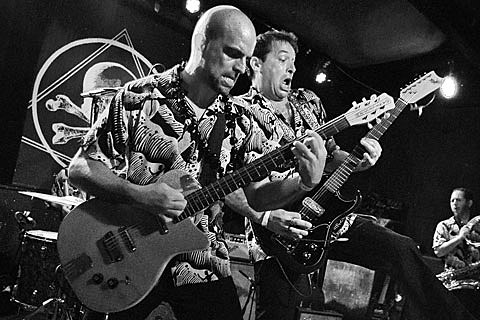 On tour from Minneapolis, a city with a rich surfing tradition, Minneapolis' The Blind Shake played St Vitus last night (2/25) with John Reis (RFTC, Hot Snakes, Drive Like Jehu, the Sultans, Pitchfork, etc) who recorded an album called Modern Surf Classics with the band last year and is on tour with them. Pictures from the show are in this post.

They blasted an hour's worth of blistering surf rock at the packed crowd. The band consists of three guitars, a sax, and drummer. No bass, no vocals, just serious riffs and a rolling drumbeat. Reis introduced a few of the songs with their origin stories, one of them called "Kooks on the Face". He told about being in Hawaii on tour with a band. They were on a beach without a change of clothes, so they stripped down to their underwear and were "frolicking " in the waves. Some kids were bodysurfing on plastic food trays from a restaurant, and as they rode in, one kid asked another if he wanted to go back out to catch another wave. The kid looked at the almost naked band and replied, "naw, there's too many kooks on the face." Reis announced, "that was us, we were the Kooks on the Face."

Tonight (2/26), they play an early show at Mercury Lounge (tickets), again with The So So Glos who opened at Vitus. They play D.C. on Friday and Philadelphia on Saturday. The Blind Shake will will also be heading to Austin for SXSW again (maybe you caught them there last year?).

More pictures from the Brooklyn show below... 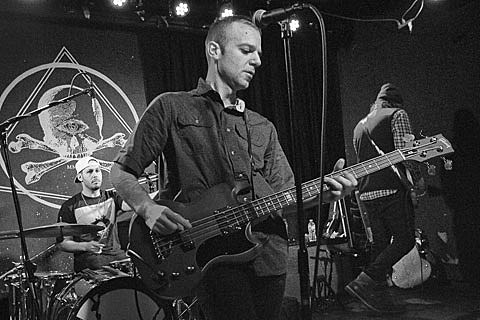 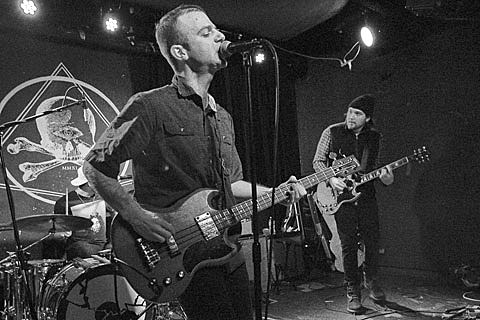 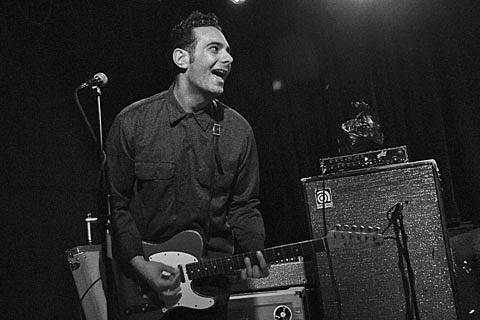 The Blind Shake with John Reis 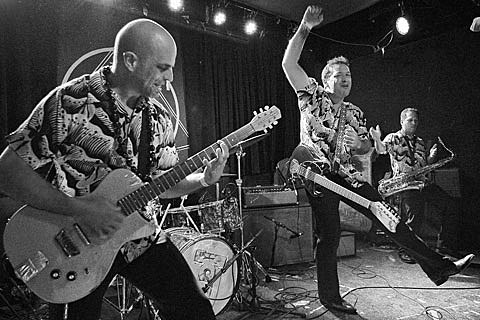 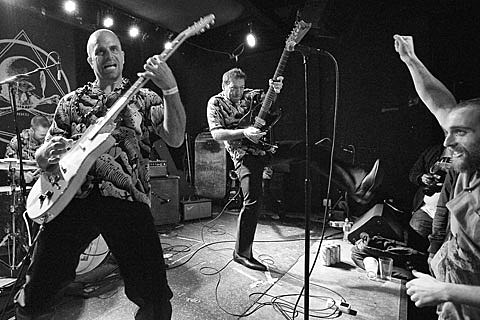 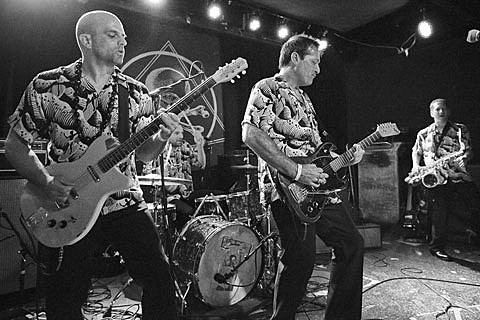 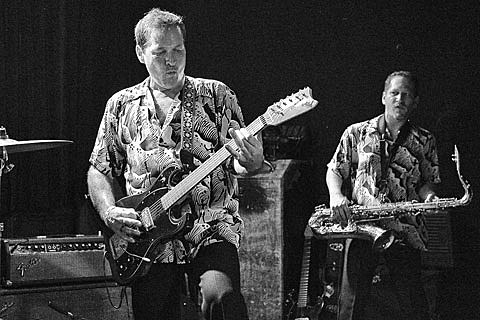 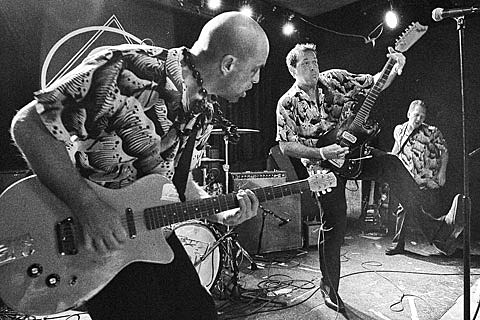 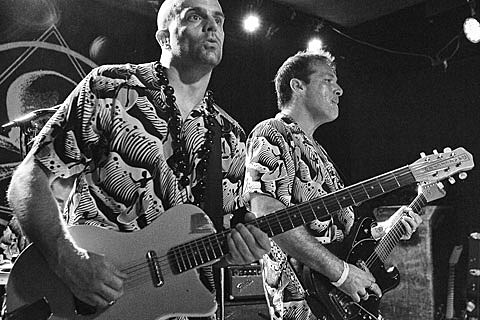 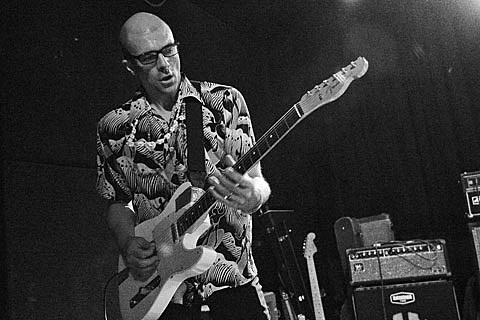 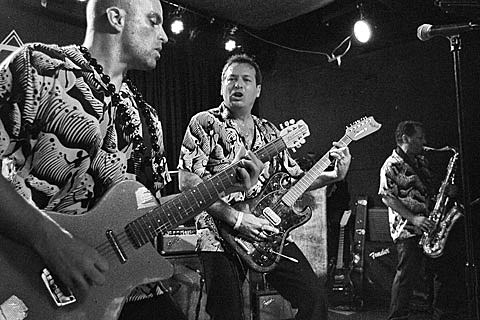 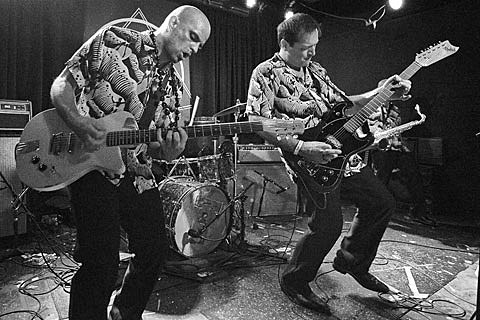 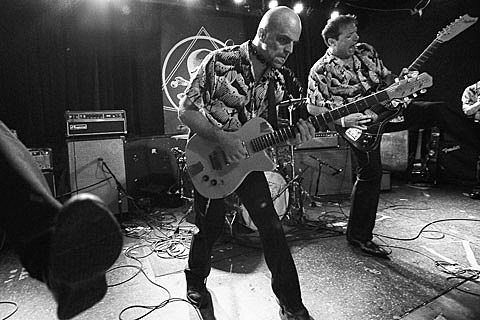 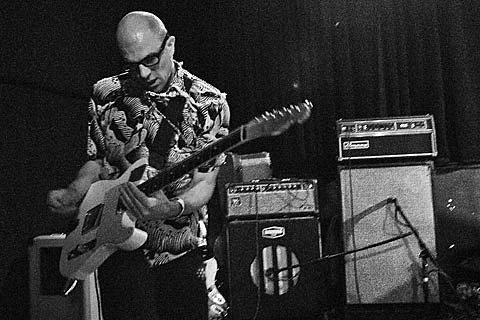 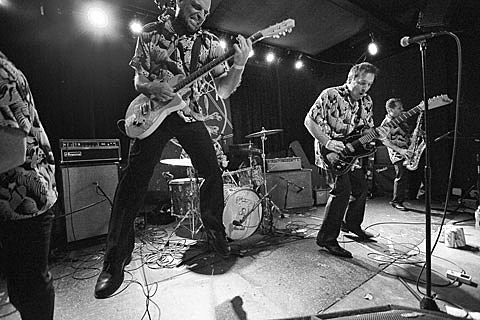 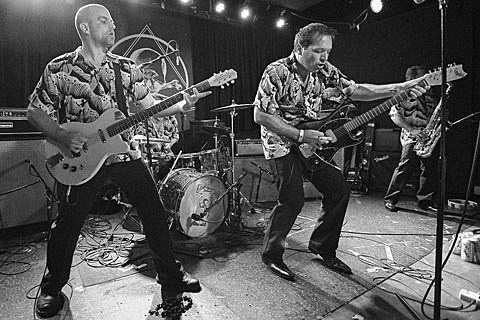 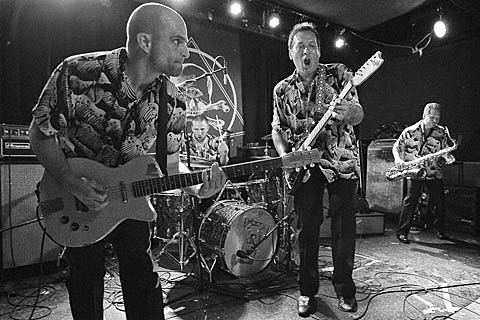 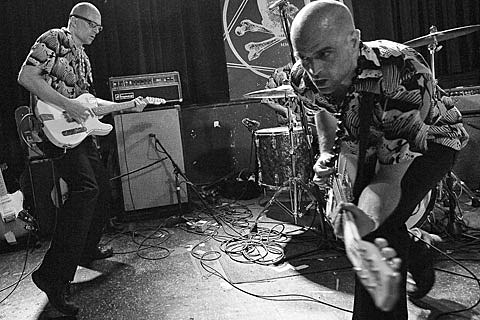 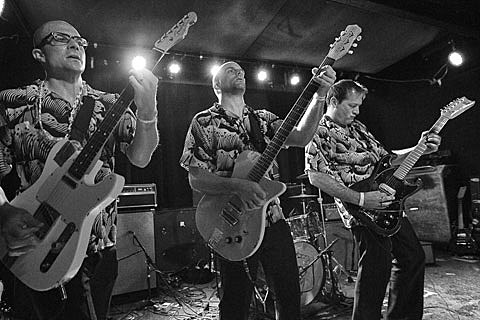 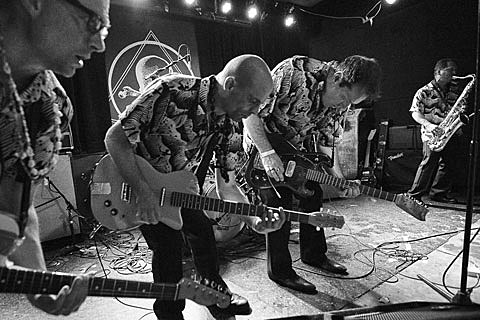