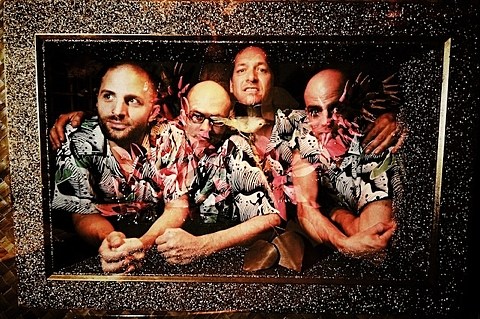 As discussed, Rocket from the Crypt/Drive Like Jehu's John Reis and garage rock trio The Blind Shake are releasing an instrumental surf album, and they've now released a new single from the record, "Sea Saw." First single "Brown Room" was a little more traditional sounding, but we weren't exactly getting songs as heavy as "Sea Saw" from The Ventures. Modern Surf Classics indeed. Check out the new song below (via Noisey).

As discussed, John and The Blind Shake's tour includes NYC shows happening on February 25 at Saint Vitus and February 26 at Mercury Lounge. Since we last spoke, NYC punks The So So Glos, fresh off their NYE two-night run with The Hold Steady, were added as openers. Tickets for Vitus and Merc are still available.

In related news revealed earlier this week, the Drive Like Jehu reunion continues at Coachella.

Full list of tour dates, with the new song stream, below...