John Talabot at LPR in 2012 (more by Maxwell Reichert) 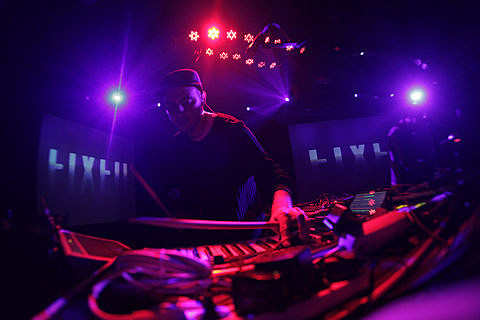 As just revealed in the Sasquatch 2013 lineup announcement, Barcelona producer John Talabot will be making his way over to North America in May for the festival. And while he's here, he'll be playing other dates including one in NYC on May 28 at Music Hall of Williamsburg. For the shows, he'll be taking along singer Pional, who contributed to his album and has toured with him before. The NYC show is being presented by FIXED and resident DJs JDH and Dave P will man the boards. Tickets for that one go on sale Friday (2/8) at noon with an AmEx presale starting Wednesday (2/6) at noon. All currently confirmed North American dates are listed below.

John Talabot also just offered an 'Acetate Dub' remix of Peaking Lights' "Beautiful Son" off their 2012 album, Lucifer. You can stream that remix and check out a list of all upcoming dates below...