John Talabot in Chicago in 2012 (more by Zach Pollack) 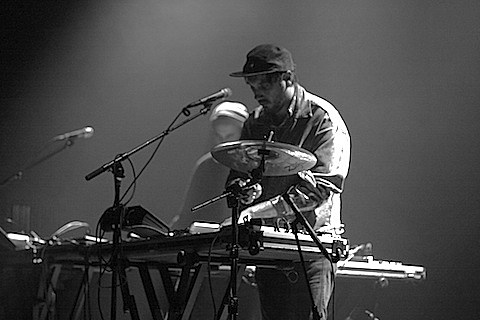 John Talabot recently made a DJ-Kicks mix, and he's now announced a North American tour in support of it for February. He was last here playing live with collaborator Pional, but in support of the DJ-Kicks mix, he'll appropriately be doing DJ dates, including a FIXED party in NYC on February 7 at SRB Brooklyn. DFA-signed/James Murphy collaborator Shit Robot is also DJing that show, plus FIXED regulars JDH & Dave P. Tickets for that are on sale now.

All dates are listed, along with a stream from the mix, below...