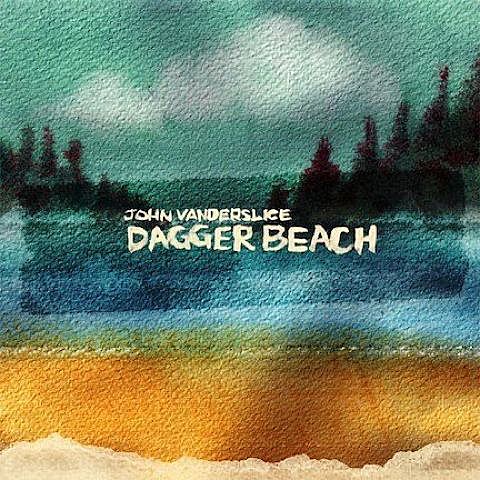 John Vanderslice will release two albums this year: the first is Dagger Beach, an album of all new originals; and a song-for-song cover of David Bowie's Diamond Dogs. (He's done the latter live before.) The records will be released concurrently in May and John has decided to put them out himself. (His last album, 2011's White Wilderness, came out on Dead Oceans.) He also launched a Kickstarter to fund their release (both albums are in the can) which only launched on Tuesday (2/19) but has already more than tripled his goal with 28 days left to go. Here's John on going it alone:

I decided to tour much less (with the exception of house shows, which always feels right to me) and release music on my own label, Tiny Telephone.

For me, the best part of making records and touring was always the friendships I made with fans. Many of you reading this will know exactly what I mean.

There were only two aspects of what I was doing that had to stay: recording my songs and nurturing the relationships with people who have supported my music. That means you.

So you see, it's now just you and me. The label has one employee, and you're looking at him. I'm trying to bring this stuff back to its essence.

Honestly, I'm terrified to put out my own records. For a week after I made the decision, I had intense insomnia and deep regret. Later, I moved to something like terror + incredible excitement. Now, after further reflection, it's clear to me: I was born for this.

Here's a little more on both records:

The Dagger Beach vinyl issue is a 200g pressing from QRP, the best vinyl plant in the country. It sounds HELLA GOOD. I'm really proud of this record, it's dirtier and weirder than anything I've done since Cellar Door.

I've also made a full-length cover of Bowie's amazing Diamond Dogs. A *very* limited run of 200g vinyl records will be available through Kickstarter as well. We've got two new t-shirts (including an updated version of the Library Card), digital downloads, and tons more stuff.

As with all Kickstarters, there are many levels of funding and some of those come with pretty cool rewards, including, "LIMITED EDITION SCREEN PRINTS, I WILL MARRY YOU (to another person), HOUSE SHOWS, I WILL PRODUCE YOUR EP, LISTENING PARTY FOR DAGGER BEACH, TINY TELEPHONE / TAQUERIA TOUR in San Francisco, UNRELEASED RARITIES CD, and ohh so many more." You can check it all out over at John's Kickstarter and watch his pledge video below.