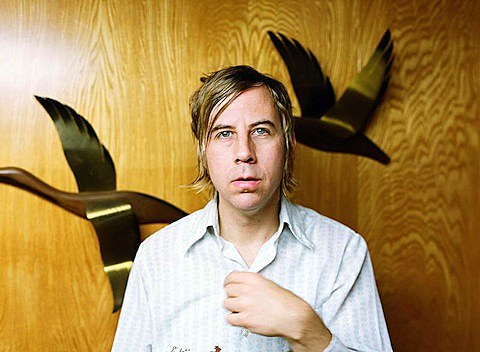 John Vanderslice last album was actually two albums: an album of original music called Dagger Beach and a cover album of David Bowie's Diamond Dogs, which both came out in 2013. That year, John also gave "Song For Clay Miller" from Dagger Beach a single release (with an unreleased 2009 outtake) on The Native Sound, the same label that released the new Former Ghosts single and other cool stuff. Now, The Native Sound is reissuing his excellent 2000 debut, Mass Suicide Occult Figurines, which initially came out on Barsuk.

The reissue will include two bonus tracks. One is a cover of the late Jason Molina's "Long Dark Blues" (a Songs: Ohia song), and the other is a new song called "Midnight Blue." That one premieres in this post. Stream both below.