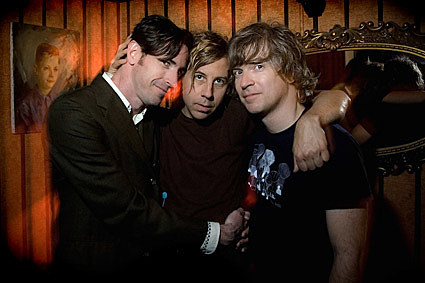 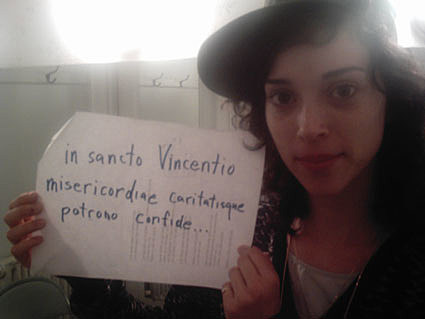 If you were at the John Vanderslice / St. Vincent (Annie Clark) show Sunday night at Union Hall, you witnessed (and heard) an awesome two performances that included Peter Hughes from the Mountain Goats, Matthew Caws from Nada Surf, and Annie all joining John on stage for various songs including a finale where John and Annie sang real-quiet-and-beautiful-like in the center of the audience. You also heard John promise everyone an interview he conducted with Annie. He probably did it in a venue, or in the tour van, or at a Denny's/Cracker Barrel/Waffle House, or maybe at a gas station, or....

That interview, and more pictures from the show, below....

JOHN VANDERSLICE: Okay what would you rather do: drive 8 hours to a show and stay at a Four Seasons hotel or 1 hour and stay at a Red Roof Inn.

ANNIE CLARK: Do I have to do the driving or can I be a passenger? Who am I kidding? Either way, Four Seasons. Four sure.

The pinball wizard?! Yes! Is this free association?

Do you believe Syria is making supernotes (counterfeit $100 bills)?

Did I hear about it on Fox News? Then, yes. It is unequivocally so.Consequently, how do I get my hands on some of these?

The one episode I saw was really endearing. Ricky Gervais is a peach.

Should all drugs be decriminalized in the US?

Consensual crime? What were we thinking giving people autonomy over their bodies? Just kidding…the drug issue is hard to separate from a class issue, an education issue, a wonky foreign policy issue, and a race issue. What I do know is, be it caffeine, alcohol, cocaine, or adrenaline, let's face it: people like to get high. From Starbucks to Budweiser to your own brain, everybody's a pusher these days. If I could substitute another drug to be consumed in the country as much as alcohol is, it would be helium from children's birthday party balloons. Try not laughing when someone sounds like a chipmunk!

Is this because I'm from Texas? Low blow, JV. Low blow…

Should GW Bush be prosecuted for war crimes or just straight up stoned to death?

Remember, he who casts the first stone…stops another war with Iran. My great uncle was one of the lead prosecutors of the Nazis at Nuremburg. He had a book of photographs of executed war criminals, which proudly kept it on his coffee table. Growing up, we all thought was a pretty macabre distraction from the episodes of "Matlock" or "Macgyver" we were trying to watch.

Do you look forward to going to the car wash?

I do! I was told as a child that the water on the windshield was actually little magical water mice running around cleaning the car at warp speed. Adults are liars.

Please tell me one thing about yourself that you try to avoid telling people in interviews (for me, it's my intense addiction to NBA basketball)

I can do an impeccable Eddie Vedder impression. It's as gorgeous as it is grotesque.

A new career in a new town: because of trouble with the law, Annie Clark has to move to a new country and be an under-the-radar wage earner. where do you go and what do you do?

Can I time travel too? If not, I'll go to Galicia, Spain and be the most squeamish midwife ever (un)known. 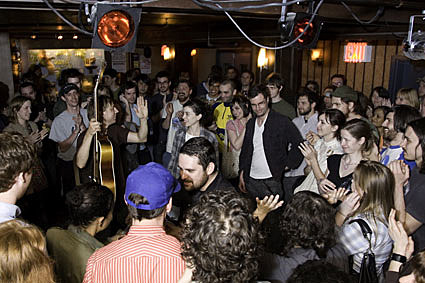 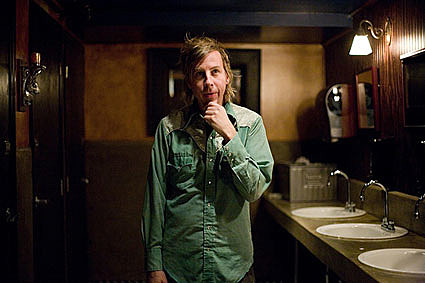 CONTEST: Wanna see John Vanderslice and St Vincent for free (with a friend)? E-mail BVCONTESTS@HOTMAIL.COM (subject: Vanderslice) and tell me which one of the listed shows below you want to go to. Winners will be picked randomly and notified via email. Include your name as you would like it to appear on the guestlist.