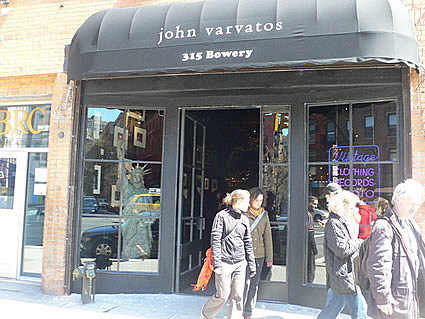 The interior looks dark and a little foreboding, perhaps in homage to the space's gritty past and the punks who once performed here. Red glowing church candles are positioned next to racks of vintage vinyl to the right, and spectacular black and white photographs of rock gods are framed on the left wall of the store. A gigantic Statue of Liberty stands in the left front window--an interesting touch that got the attention of many passers-by. [Racked]

Boots where the stage was (Curbed) 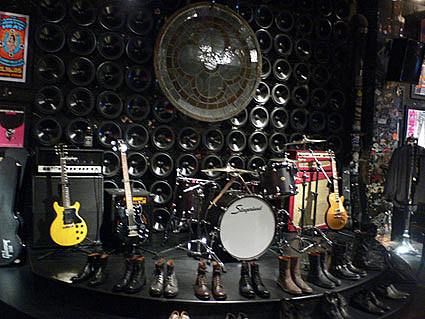 After the John Varvatos boutique officially opened its doors last weekend in the old CBGB space, activist Rebecca Moore held court on the sidewalk. This past Tuesday she sat outside the retail shop in protest with a sign that read: "One small loss of a music space, one large step for pants," and was joined by a few other supporters. Moore says her statement isn't about just one music space (CBGB).... [Gothamist] 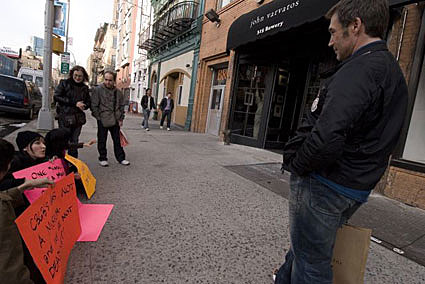 The 313 Gallery next door is now a Morrison Hotel.