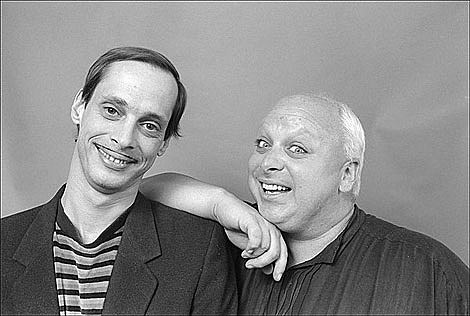 "Giving gifts is incredibly difficult. The smarter you are, the easier it is to find a gift for you, because you have interests. And if you're really smart, you tell people what you want and they get it for you. If you leave it up to people who you know are going to get you bad gifts, that's your own stupid fault. Basically, a lot of the time people want to be told what to get you, because then they don't have to worry if you'll like it. But the best kind of presents are when someone you know collects something, and you find something that they never even knew existed. That's the top present, even if it costs a nickle. It's just finding something that they want that they didn't know existed.

The worst present is something that's obviously regifted. In that case, you should demand a receipt. [John Waters]"

John Waters has added an 11pm Christmas show at BB King's on December 22nd. Tickets are on sale. The previously-announced 8pm show on the same day is now sold out. Ronnie Spector plays her annual holiday show at the same venue tonight (12/19) & tomorrow (12/20).