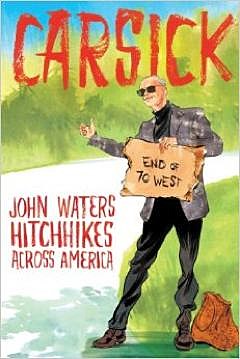 John Waters hasn't directed a film since 2004's A Dirty Shame, but he has stayed busy doing other things. Like hitchhiking across America last year (Here We Go Magic gave him a ride at one point), an experience he's turning into a book titled Carsick, which comes out in June, 2014. He's also been going to the movies and recently gave Artforum his Top 10 of the year and picked Harmony Korine's Spring Breakers as his #1. You can check out his list below and read his commentary on them at Artforum.

In other news, Waters is going on a holiday tour this month where he'll share "some of his favorite holiday traditions, from his compulsive desire to give and receive perverted gifts to his religious fanaticism for Santa Claus and an unhealthy love of real-life holiday horror stories." The tour includes two NYC shows at Stage 48 on December 13 & 14. Tickets are on sale now and make "a great Christmas present for the pervert in your life."

All John Waters tour dates are listed, along with an interview with Prince Paul, below...