John Waters as the other creepy old Santa... 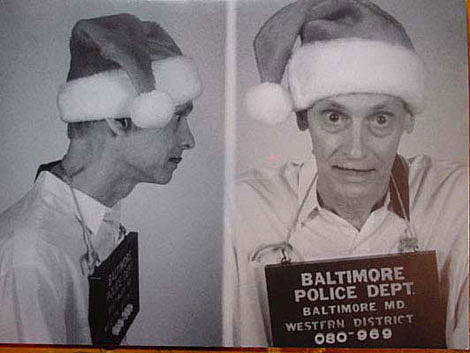 A John Waters Christmas is hitting the road this December. Six dates are scheduled with a New York City stop at BB King's on December 22nd. The show takes the form of a monologue that "explores and explodes traditional archetypes as [Waters] shares his compulsive desire to give and receive perverted gifts, a religious fanaticism for Santa Claus, and an unhealthy love of true crime holiday horror stories." Tickets for the NY show are on sale. He visits New Brunswick, NJ's State Theatre four days before (12/18) and tickets for that are on sale too. All dates below.

A John Waters Christmas is actually the name of the director's own holiday compilation that features the likes of Fat Daddy, Alvin & The Chipmunks and Tiny Tim. Videos of few of those are below. 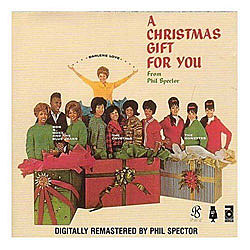 BB King's will host another holiday show with Darlene Love on December 13th. The singer is a 2010 nominee for the Rock & Roll Hall of Fame and she appeared at the museum's two-night MSG show with Bruce & the E Street band. A video of her annual Letterman performance of "Christmas (Baby Please Come Home)" is below. Tickets are on sale.

Darlene Love's Love for the Holidays will also be at Bergen Performing Arts Center in Englewood, NJ on Sunday, December 20th. Tickets are on sale.

Spector's new disc The Last of the Rock Stars (...) has guest appearances that include Keith Richards, Nick Zinner (Yeah Yeah Yeahs), Patti Smith, Patrick Keeler (The Raconteurs) and Jack Lawrence (The Dead Weather). There's also a version of "It's Christmas Once Again" to add to your holiday rotation alongside ubiquitous Ronettes versions of "Sleigh Ride" and "Frosty the Snowman."

Speaking of Patti Smith, she has some annual holiday shows coming up of her own, but those are after Christmas and include New Years Eve.

Dates & songs from all three are posted below...