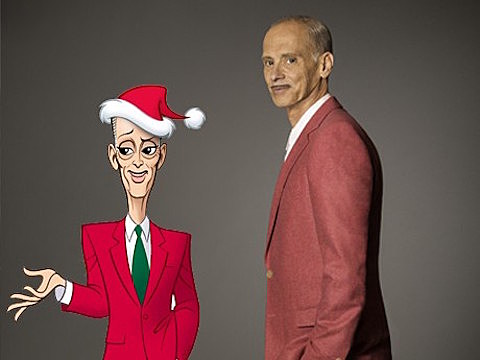 John Waters may not have made a film since 2004's A Dirty Shame but he has not retired. He's got two books in the works: a collection of essays, titled Mr. Know it All, which includes "Why do gay people have to be nice now? Is it ever appropriate to take LSD when you are 70 years old? How does it feel to claw your way to the top of Hollywood and then slide right back down again?"; and his first novel, which is titled LIARMOUTH. While release dates on those are still TBA, you can check out his book Carsick which details his hitchhiking sojourn across America, and is fresh out on paperback.

Waters also has his annual "A John Waters Christmas" tour, this year dubbed "Holier & Dirtier," featuring his love of Christmas kitsch (and disdain for other parts of the holiday). That tour kicks off this weekend in San Francisco and has two shows in the NYC area: City Winery on December 6 (tickets) and Asbury Park's brand new House of Independents on December 7 (tickets). All tour dates are listed below.