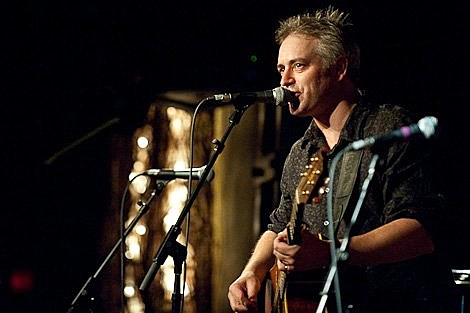 Songwriter and author John Wesley Harding has a number of different events coming up. He joins his band the English U.K. for three shows this weekend (two of which are in the NYC-area). They play Joe's Pub on Saturday, February 13th. (tickets), then they're at Maxwell's with Freedy Johnston on February 14th (tickets).

JWH, real name & pen name Wesley Stace, will be doing a reading/musical performance at Brooklyn's Greenlight Bookstore (686 Fulton Street) on Febraury 25th. He'll be joined by another author/musician, Rick Moody (who plays as part of the Wingdale Community Singers). Stace's third book is due to come out in 2010.

John Wesley Harding's Cabinet of Wonders variety show will return to (Le) Poisson Rouge for shows in March, April and May. Tickets are TBA. Dates for those and all shows/readings are below...