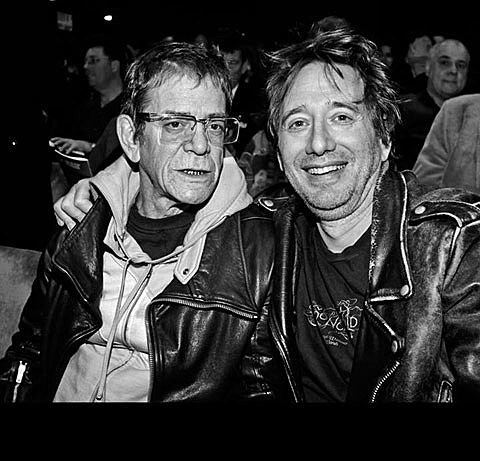 Frequent Lou Reed collaborator John Zorn, who just turned 60, paid tribute to his friend on Facebook (update: which is approved by but not actually run by Zorn) by posting the above picture along with the words "RIP Lou Reed". A comment by the page also includes a link to the NY Times obituary entitled "Outsider Whose Dark, Lyrical Vision Helped Shape Rock 'n' Roll".

Hours earlier, It was announced on the same Facebook that John will be playing with Thurston Moore as a duo at his non-profit club The Stone on New Year's Eve. Thurston is no stranger to the Stone where he has played and curated before. It also won't be the first time John and Thurston play together, as you can see in one of the videos below.

Lou and Laurie Anderson were also regulars and curators at the stone. Check out a video of Lou, Laurie and John playing together (not at the Stone), also below...