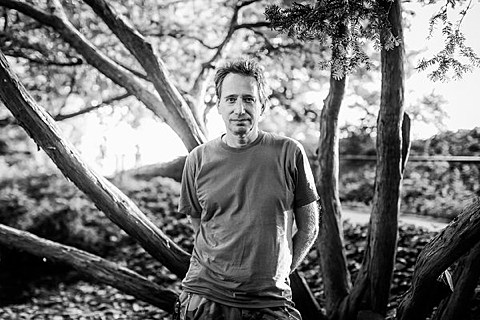 Avant-garde sax great John Zorn has been celebrating his 60th birthday this year with a ton of NYC shows. The celebration, dubbed Zorn@60, has been going on for months, and there's only a few events left.

Tonight (9/27), Zorn does his third of three nights at Miller Theatre at Columbia University. At tonight's show, he'll be performing work from all over his career, and will be joined by many collaborators including Mike Patton (Faith No More, Mr. Bungle, Tomahawk), Ikue Mori (DNA, Kim Gordon collaborator, etc), Marc Ribot, Erik Friedlander and many more. More details here. Tickets are still available.

Then on Saturday (9/28), he'll (literally) be at The Met all day with multiple performances from 10 AM to 8:30 PM. Many other performers will be at these too, including Bill Frisell, Mike Patton, Erik Friedlander, Abby Fischer and more. The performances are free with museum admission. Full schedule for the day, below.

On Sunday (9/29), he'll be at Le Poisson Rouge for two shows (6:30 PM and 10 PM), both of which include Mike Patton, John Medeski, Trevor Dunn, and Joey Baron. The early show also has a few other names, like Marc Ribot and more. TIckets for the early show and the late show are on sale now.

Finally, Zorn will team up with Japanese composer/musician/film scorer Ryuichi Sakamoto (of Yellow Magic) for an improvised evening of music on October 4 at Japan Society (333 E 47th St). This one is sold out.