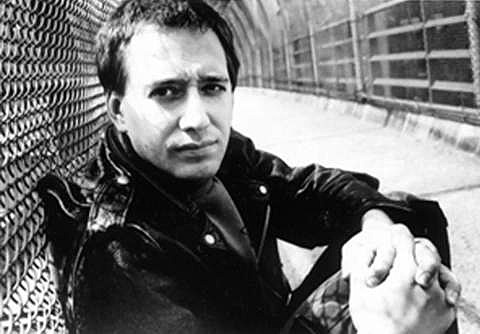 On October 10, Le Poisson Rouge is hosting 'Save The Village: A Benefit Concert,' which will feature performances from avant-garde saxist John Zorn, Thurston Moore (who plays with his band Chelsea Light Moving at 285 Kent tonight [9/12]), guitarist Jesse Harris, TriBeCaStan, Flutterbox, and performance artist John Kelly. Tickets for that show are on sale now.

The benefit goes to support NYU Faculty Against the Sexton Plan:

NYU Faculty Against the Sexton Plan is a group of over 400 of NYU's own faculty members who are working together to fight NYU's outrageous multi-billion-dollar expansion in Greenwich Village. The Sexton Plan, we believe, is financially reckless (and will certainly result in rising tuition at a school where the students are the most heavily indebted in nation), disregards faculty input and governance, will further erode the rich cultural history of the Village, and will bring more than 10,000 more people in foot traffic per day to an already over-developed area with little green space, amongst other harmful effects. We want NYU's administration to focus on education, not real estate.

For even more info on the issue, visit here and there's a video below as well.

John Zorn's next performance at The Stone (the venue that he founded and performs at regularly) happens this Saturday (9/15) with Ikue Mori (of DNA and many other things) and Sylvie Courvoisier, who has collaborated with both John and Ikue in the past.

Another upcoming show at The Stone this month is Marc Ribot (who we just mentioned will be one of the guests at the upcoming Medeski Martin & Wood residency) and Roy Nathanson on September 19. In October, The Stone is being curated by Secret Chiefs 3 member Timba Harris, and shows include Kayo Dot plays Toby Driver's "In The L..L..Library Loft" on October 6, Secret Chiefs 3 plays "Masada" on October 11 and a lot of other Secret Chiefs 3 related shows, notably frontman Trey Spruance playing the following day (10/12), Harvester (aka Nate Wooley, C. Spencer Yeh, and Ryan Sawyer) on October 14, BloodMist (whose lineup includes Toby Driver) on October 16, John Zorn's annual Halloween Improv NIght (10/31), and many others.

A video of John Zorn's Naked City playing a full concert in NYC from 1992 is below.