"One of my favourite guitar players Ian MacKaye of Fugazi, Minor Threat and The Evens, and a cup cake." - Johnny Marr 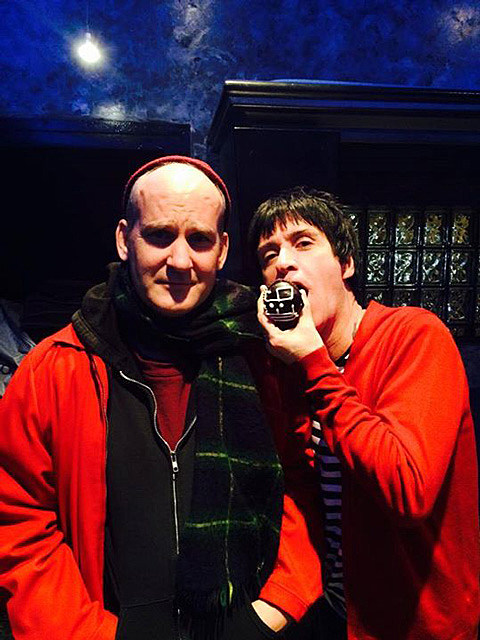 Johnny Marr's current tour kicked off in Washington, DC on Sunday (11/9) which is where the above photo with Fugazi's Ian MacKaye might have been taken. Maybe they were trading vegan cupcake recipes?

After playing Philly last night, Marr and his band are now in NYC where they'll play The Tonight Show with Jimmy Fallon tonight (11/11) ahead of three NY-area shows. Gramercy Theatre (11/12) and Music Hall of Williamsburg (11/15) are both sold out but you can still get tickets to Friday's show (11/14) at The Stone Pony in Asbury Park, NJ. Meredith Sheldon is opening for Johnny again but Johnny's son, Nile, will not be accompanying on guitar this tour.

As on the last tour, Johnny plays songs from The Smiths as well as his own solo albums. This tour he's added Meat is Murder opening cut "The Headmaster Ritual" to his setlist, so look out for that.