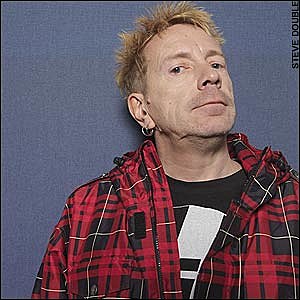 Bloc Party singer Kele Okereke claims he was left with severe facial bruising and a split lip following what he alleges was a racist attack by Sex Pistols singer John Lydon [aka Johnny Rotten]. The incident occurred on Saturday evening at the Summercase festival in Barcelona while the bands were socialising backstage.

In an official statement released by Okereke, who is of Nigerian descent, the singer says he approached Lydon and asked him about the possibility of a reunion for Public Image Ltd, the band Lydon formed following the Sex Pistols demise in 1978. In Okereke's words, Lydon became "intimidating and aggressive while his entourage responded with a racist tirade, including the statement, 'your problem is your black attitude'." An assault allegedly ensued in which three people attacked Okereke.

Several other bands witnessed the incident, with members of the band Foals and Kaiser Chiefs singer Ricky Wilson intervening on the Bloc Party singer's behalf. Both have confirmed to the Guardian that the incident occurred but could not confirm or deny reports that the assault was racially motivated. Following his involvement, Foals singer Yannis Philippakis was arrested. He is expected to make a statement shortly.... [The Guardian] (thx J M)