Johnny Winter at BB King's in 2011 (more by Greg Cristman) 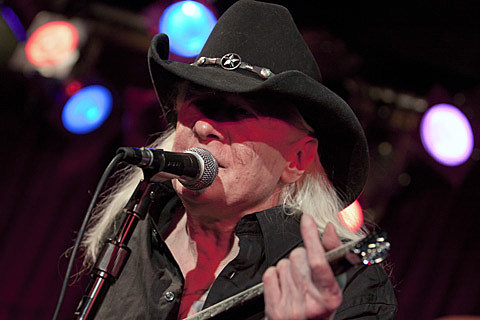 Texas blues rock guitarist/singer Johnny Winter passed away yesterday (7/16) in a hotel in Switzerland. He was 70 years old. A press release states, "his wife, family and bandmates are all saddened by the loss of one of the world's finest guitarists," and mentions that an official statement will be issued at some point.

Johnny, the older brother of another successful blues rock musician Edgar Winter, has released several albums throughout his career, beginning with 1968's The Progressive Blues Experiment through 2011's Roots. He's worked with Muddy Waters, performed at the original Woodstock, and has been called one of the 100 greatest guitarists of all time by Rolling Stone. His many contributions to blues and blues rock won't be forgotten. Rest in peace, Johnny.

Watch a few videos below...