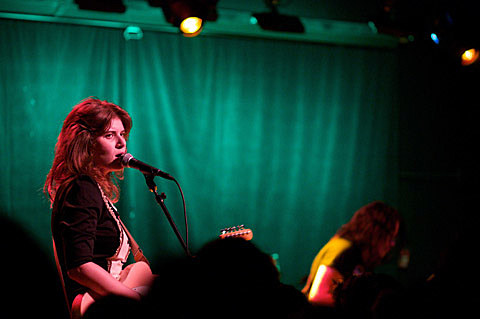 Best Coast are "Beyond thrilled to announce that the incredibly talented Jon Brion will be producing the next Best Coast album. Recording begins in a few weeks in LA. More news on the way."

Upcoming public/regular shows for Best Coast include two LA shows, one of which is on New Year's Eve with Wanda Jackson, and a trip to Australia in January for the Big Day Out Festival.

Upcoming weird/private shows for Best Coast include two in NYC. The band will play a private Ray Ban party this week with Johnny Marr & The Healers and Mona, and you can catch Bethany DJing on Friday, October 14th at the Rose Center in the American Museum of Natural History. Tickets are on sale.

All tour dates and some videos below....