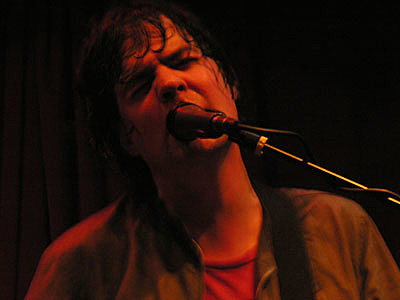 Jon Brion played two shows (early and late) at Tonic in NYC on April 27th, 2005. I was lucky enough to make it to the late show and get these photos.

'Amazing, Amazing, Amazing' is how to describe a Jon Brion show. People living in Los Angeles get to see him almost every Friday night at Largo. Thanks to the Tribeca Film Festival, where he also spoke, New York got to experience his magic. He's a musical genius that can sing and play every instrument. He even has a musical sense of humor. The crowd was cracking up during his comical opening rendition of "Stairway to Heaven."

Stream a song at NPR.

"Brion is quite possibly the ultimate one-man band. A virtuosic musician, he used live tape loops to capture each individual instrument's part as he played it, layering drums, piano, bass and rhythm guitar one at a time before stepping up to the microphone to actually sing the song. Everything about Brion's performance was effortless, from his frenetic guitar solos to his piano ballads to his astounding repertoire of cover songs." - Daily Bruin 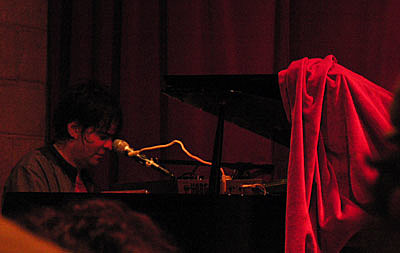 We heard Prince, David Bowie, Velvet Underground, Led Zeppelin, Brian Eno and other covers, as well as originals from his 2001 solo album, Meaningless.

The Village Broadsheet scored an interview with Brion a few days before the NY shows. It's full of good stuff, but I'll just copy and paste this bit...

"A week prior to our interview, he was in London (at Abbey Road! Abbey fucking Road!!), working on his own recordings. Exciting news for all of us Brion fans, who have been clammoring for a proper vocal album from the man since 2001, when his brilliant debut Meaningless crept its way into our headphones and heads. Between his soundtrack work (I Heart Huckabees, Magnolia), productions for other artists (Fiona Apple, Rhett Miller, Aimee Mann), and boffo studio musician gigs (Macy Gray and many others), it’s easy to forget that Brion is a first-rate performer in his own right. As he put it, “I’ve had a high quality of distraction in my recent history.” You ain’t just whistlin’ Dixie, brother." 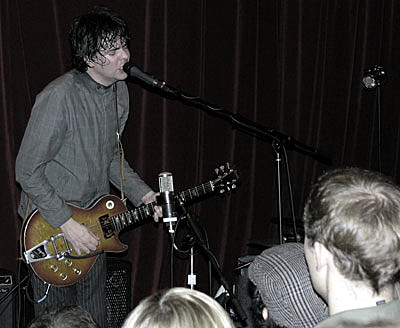 Good news. He promised he'd be going on tour (but said don't call it a "tour") this year. He even hinted at a week long residency in NYC. Be excited. 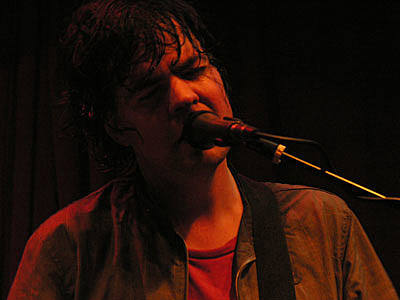 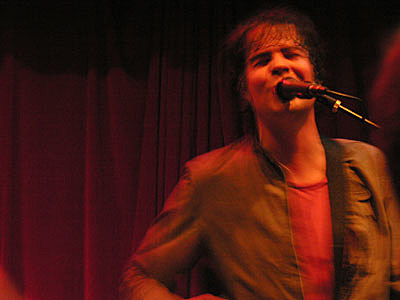 He's been involved with many, many recordings. 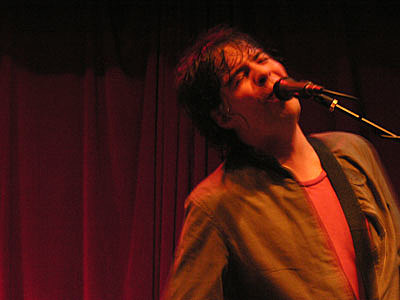 The Onion inerviewed him two years ago. 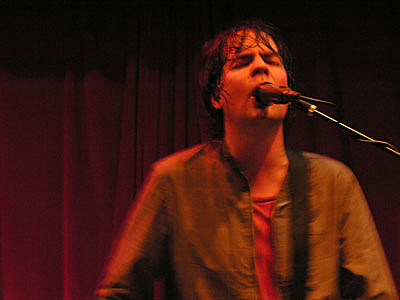 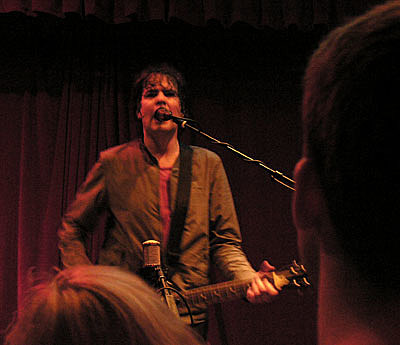 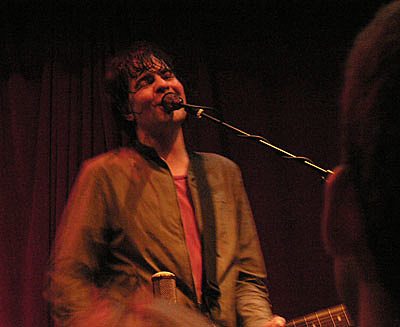 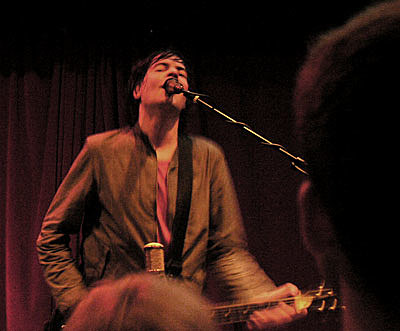 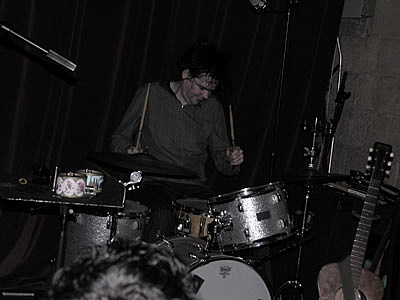 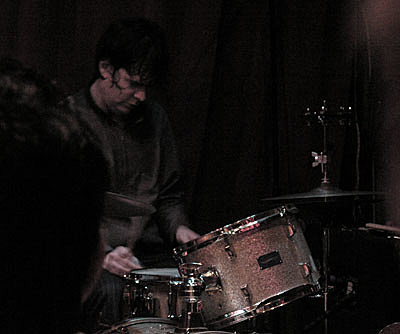 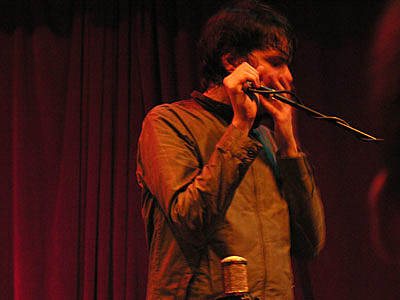 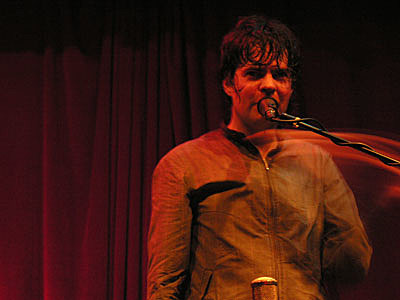 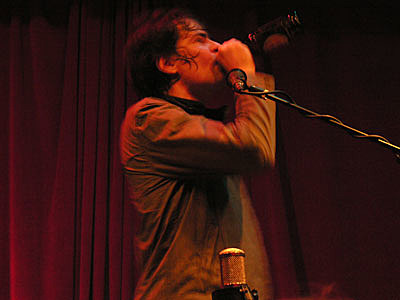 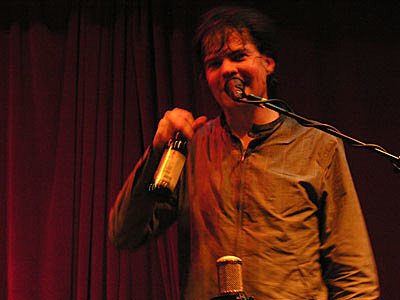 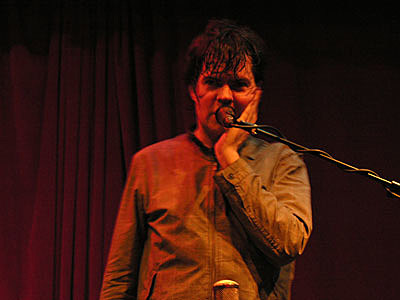 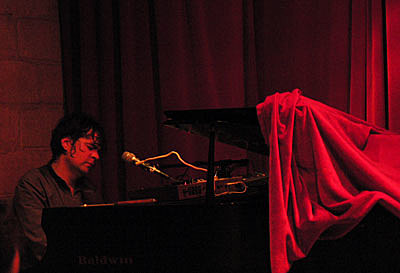 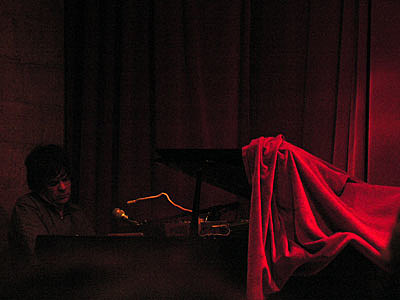 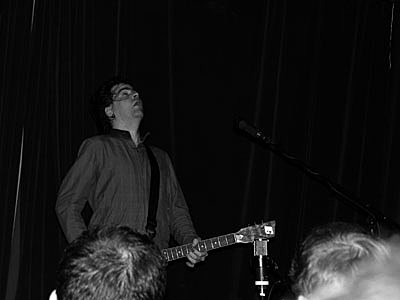 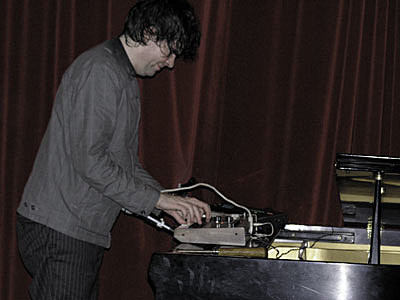 Unfortunately for Jon, his guitar broke in half after falling on the stage. Fortunately for us it was one of the highlights of the show. He played an entire song with the broken guitar. Note the strings hanging down in the following picture: 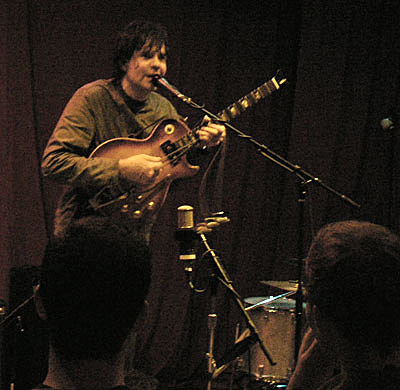 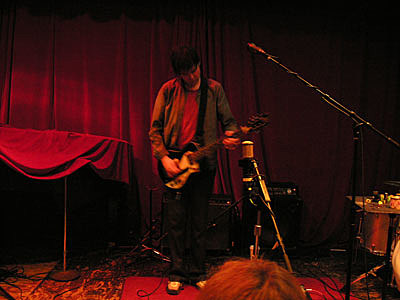 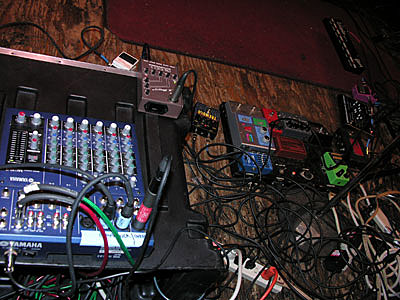 Did I mention Fran Lebowitz was in the audience?