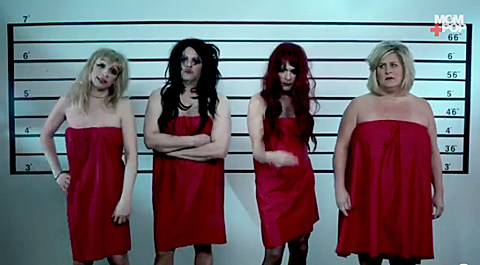 Jon Spencer Blues Explosion have made a video for "Betty Vs. the NYPD" from their album Freedom Tower: No Wave Dance Party 2015 which is out March 23. Directed by Michael Lavine, the video stars fearless comedian Bridget Everett who has been called in for questioning by the police, specifically both boy and girl versions of "Hot Detective" and "Leather Cop." Needless to say, things don't go quite like an episode of Law & Order and you can watch below.

Around the release of the album, the JSBX are going on what they're calling the "Five Borough Freedom Tour" where they'll be "leveling neighborhoods in Brooklyn, The Bronx, Manhattan, Queens and Staten Island the week of March 23 to 28, including free shows at dive bars, breweries and beyond!" For some shows you can get guaranteed entry by buying the record from specified record stores:

In the midst of this, the JSBX will also play March 25 at WFMU's Monty Hall in NJ and tickets to that show are on sale now, or you can get in by buying the album from Vintage Vinyl.

Starting in April, the Jon Spencer Blues Explosion will hit the road and go beyond the tri-state area, but will also include another NYC show: Bowery Ballroom on May 28. Tickets for Bowery go on sale Friday (3/13) at noon with an AmEx presale beginning Wednesday (3/11) at noon.

All tour dates are listed, along with the new video and "Five Borough Freedom Tour" flyer, below... 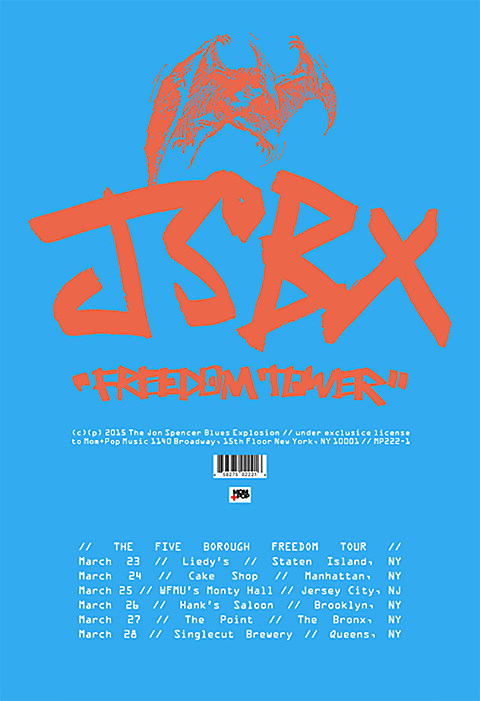