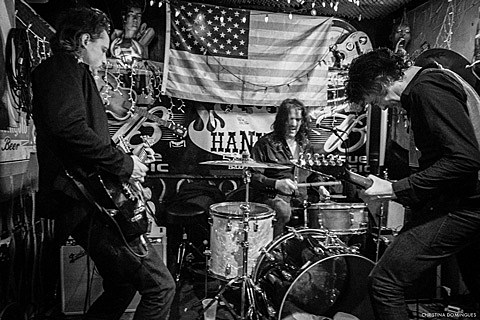 Jon Spencer Blues Explosion just ran through the better part of their home city as part of their whirlwind Five Borough Freedom Tour. Filmmaker Don Fierro was along for the ride, documenting the craziness, and you can watch a fun recap video, which makes its premiere in this post, below.

The band's proper North American tour in support of their teriffic new album, Freedom Tower - No Wave Dance Party 2015, starts this week and hits NYC on May 28 at Bowery Ballroom. Tickets are still available and we're giving away a pair, too.

In other news, Freedom Tower - No Wave Dance Party 2015 will soon get a cassette release via Burger, so look out for that. Also, the JSBX have added tour dates since we last posted -- including Wire's DRILL: Chicago fest -- and all are listed below.