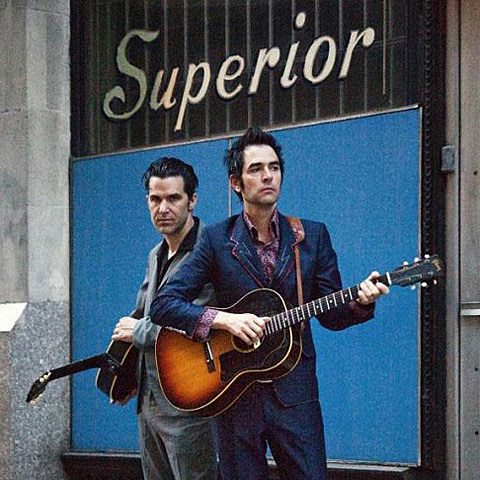 It's been about four years but Heavy Trash, Jon Spencer's rockabilly band with Matt Verta-Ray (Madder Rose), are revved up again with some new added moonshine in the gas tank: Montreal wildman Bloodshot Bill who's vocal capabilities can go from a guttural growl to a yodel within a syllable. No word on new recordings, but Heavy Trash will hit the road for a Northeast tour this fall on which Bloodshot Bill will also do an opening set. So far no NYC shows, but they'll play Ithica, NY's The Haunt on October 8 and Hudson, NY's Club Helsinki on October 9 (tickets).