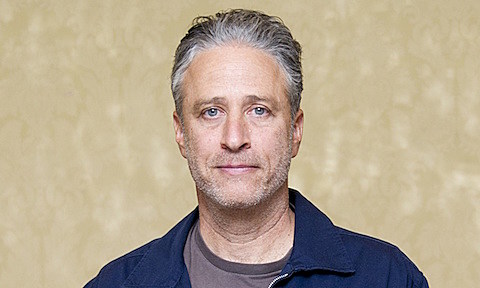 Jon Stewart has followed his former Daily Show colleague John Oliver over to HBO's green pastures, signing "an exclusive four-year production pact" with the cable network where he'll produce "short form digital content" for HBO Now, HBO Go, and something called "other platforms." It also includes a "first-look option for other film and TV ventures." You can read the full press release below.

Speaking of pastures, earlier this year Stewart and his wife bought a farm in New Jersey that they're turning into a sanctuary for neglected animals. It's affiliated with the Farm Sanctuary organization that operates three shelters in New York and California that provide lifelong care for nearly 1,000 rescued farm animals (and which are great places to visit).

LOS ANGELES, Nov. 3, 2015 --Jon Stewart and HBO have concluded an exclusive four-year production pact, it was announced today by Michael Lombardo, president, HBO Programming. The partnership marks the next phase of Stewart's groundbreaking career, beginning with short-form digital content, which will be showcased on HBO NOW, HBO GO and other platforms, and includes a first-look option for other film and TV ventures.

In his first project for HBO under the new deal, Stewart will view current events through his unique prism. Working with the pioneering cloud graphics company OTOY Inc., he is developing new technology that will allow him to produce timely short-form digital content, which will be refreshed on HBO NOW multiple times throughout the day. Additional projects will be announced as they are confirmed.

"Jon Stewart led a revolution that changed the face of TV comedy on the 'Daily Show,'" said Lombardo. "He graced our network nearly 20 years ago, so we're thrilled to welcome back his immense talents in this next chapter of his career."

"I'm so excited to be working with Richard [Plepler], Michael and the entire HBO family," says Stewart. "Appearing on television 22 minutes a night clearly broke me. I'm pretty sure I can produce a few minutes of content every now and again."