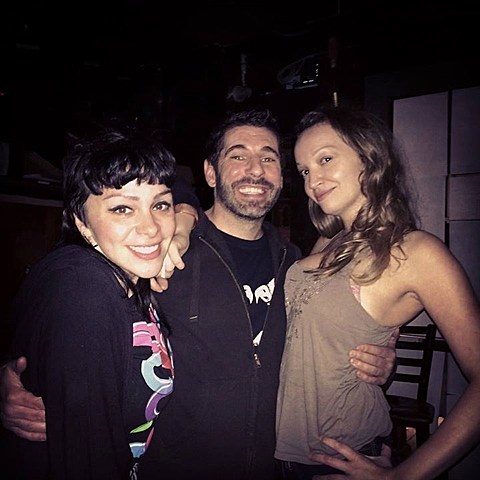 Far/New End Original/Onelinedrawing/etc frontman Jonah Matranga is hitting the road soon and returning to NYC for a show on May 31 at Mercury Lounge, the same place he played here last time. Also like last time, this show is being opened by Doris Cellar of Freelance Whales. At the last show, she took the above picture with Jonah and posted it to Facebook, where she also wrote, "I got to open up for one of my teenage idols last night and it was a blast! Please check his music out Jonah Matranga and his old band Far whose album Water and Solutions -- I know every word to. come to the next show!" Tickets for the show are on sale now. All of Jonah's dates are listed, with the flyer for Merc, below.

In related news, Jonah's old pals from the Far days, Deftones, have a new album coming this year. Most details, like a title and release date, are still TBA, but they did reveal that Alice In Chains guitarist Jerry Cantrell is going to contribute a guitar solo to the album. In an interview with 92.3 KOMP FM (via Blabbermouth), Deftones singer Chino Moreno said:

Jerry is on the [new DEFTONES] album. I didn't know if he wanted anybody to know or not. But I guess I've just spilled the beans. But he came in... There's this one track that... in the demo stages of it, I was, like, 'There's this hole in there...' In DEFTONES songs, there's not really any guitar solos per se, but there was a section in there where [there was room for] not necessarily a typical solo, but it had an area where it could use something like what he does, especially... just his style and the way he plays guitar. So I sent him the track, and then he sent me a demo of it back, like, two days later. So, yeah, when we recorded the song [properly for the album], he came in and laid it down. And it's awesome. It's like you're hearing a DEFTONES song, but all of a sudden, a little bit of ALICE IN CHAINS seeps its way in there, and it's kind of neat. I mean, me, as a fan, I was just sitting back and a little tear came out of my eye.

Well that sounds potentially interesting. Deftones have a tour with Death From Above 1979 and Incubus coming up, hitting the NYC-area 8/4 at PNC Bank Arts Center, 8/5 at Jones Beach and 8/8 at Susquehanna Bank Center. Tickets for all three are still available.

List of Jonah Matranga dates, and videos of him covering Deftones' "Be Quiet & Drive" and playing Far's "Mother Mary," below... 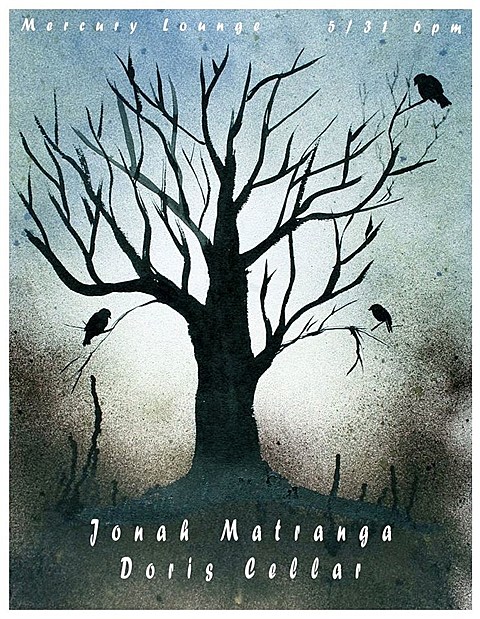