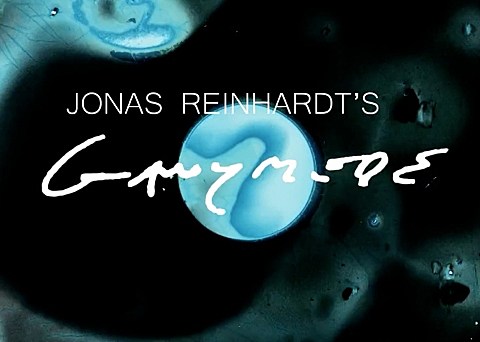 Jonas Reinhardt (the project of Jesse Reiner), who released the Mask of the Maker album earlier this year via Not Not Fun, is returning with an experimental sci-fi film, Ganymede, on February 11. Jesse made the film with multiple Brooklyn-based filmmakers including Antonia Kuo, Josh Lewis, Kenneth Zoran Curwood, Shona Masarin, Ben Mosca, and Lily Jue Sheng, and it will be screened at select US theaters and at his live shows. In Jesse's words, "It imagines sub-aquatic life on the distant moon of Ganymede beneath a sky of ice." The trailer for the film premieres in this post, and you can watch that below. A limited edition of the DVD and its soundtrack can be pre-ordered now.

He has a couple shows scheduled at the moment, including one in Boston this month and another in Brooklyn on January 21 at Union Pool with Prince Rupert's Drops and Hairy Sands. Admission for that show is $8 at the door. Plus, the film will screen in NYC on February 20 at Spectacle in Williamsburg (8 and 10 PM).

All dates are listed, along with that trailer video, below...