Jonathan Coulton at Williamsburg Waterfront in 2011 (more by David Andrako) 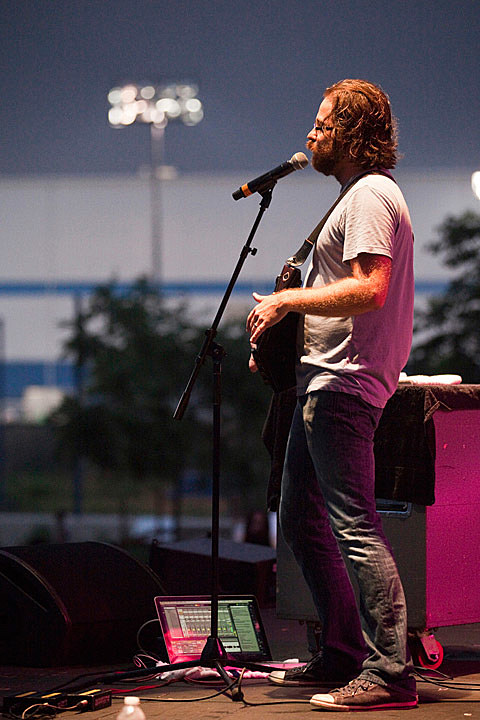 Geek rocker Jonathan Coulton released his newest album, Artificial Heart (produced by They Might Be Giants' John Flansburgh), last year and is continuing to tour in support of it this year. He kicks off a string of dates next month with John Roderick (of The Long Winters), who appeared on Artificial Heart. That tour comes to NYC for a show on June 2 at Gramercy Theater. Tickets for that show are available.

Artificial Heart features the track "Glasses," which a fan (Craig Clark) recently made a video for and Jonathan approves. Check out the video below, along with a list of all dates...