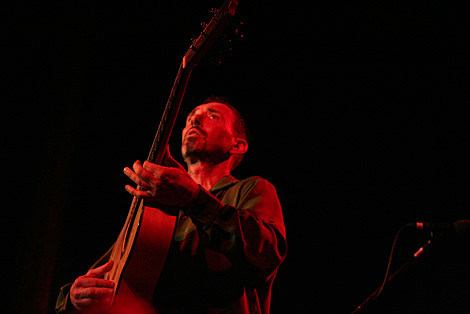 Jonathan Richman and Vic Chesnutt played Bowery Ballroom on Wednesday, June 17th. It was the second night of their two-show run (those stops are part of a nearly month-long tour). Signs posted throughout the venue warned that it'd be a hot night -- the night before Richman had requested the Bowery's air conditioner to be turned off mid-set for being too noisy.

Richman took the stage with drummer Tommy (Larkins), who kept the beat throughout with mallets and brushes. The accompaniment came in handy when Richman either sidled out in front of the microphones to address the crowd (the guitar was still audible upfront, but wasn't plugged in) or abandoned the axe entirely to dance alone on stage.

New song "My Affected Accent" was hilarious and gave the singer a chance to joke about youthful pretensions (and whip out a semi-faux Boston accent). Nearly all the tunes, including those off his newest record, 2008's Because Her Beauty Is Raw and Wild, were delivered on a totally un-ironic gut level. Some artists claim that their personal life doesn't inform their work (Woody Allen, for one). With Jonathan Richman, the opposite seems to be true. And it's similarly refreshing that his latter-day obsessions are a lot like his older ones -- albeit with more directness.

Both Modern Lovers song "Girl Friend" and Because Her Beauty track "No One Was Like Vermeer" could have been written on the same notebook. Both reference one of Richman's favorite topics -- art history -- and what one could only imagine is a favorite place, Boston's Museum of Fine Arts.

A mid-set discussion of the air conditioning situation provided a lighthearted segue into "When We Refuse to Suffer" (he also used that opportunity to ask for the AC to be turned back on). Through songs like "I Was Dancing in a Lesbian Bar," "Take Me to the Plaza," and "Let Her Go Into the Darkness," the Bowery was near silent in attention, minus some hand claps and joyful cheers. Jonathan left after set closer "My Baby Love Love Loves Me", but returned for another verse, then came back to play songs that included "Es Como El Pan" and "Springtime In New York." That last one especially harped on Richman's painterly drive to reframe everyday life as artistic and beautiful.

I missed Vic Chesnutt, but did see him talking to fans after the show. Those that did see his set said it was great. You can check out Vic as one of several guest singers on the new David Lynch/Danger Mouse/Sparklehorse (Mark Linkous) collaboration Dark Night of the Soul. That album, because of legal complications, is for sale only as a photo book and a blank CD-R. The music itself is streaming in full on NPR.

Does anyone have the setlists? More pictures of the headliner below... 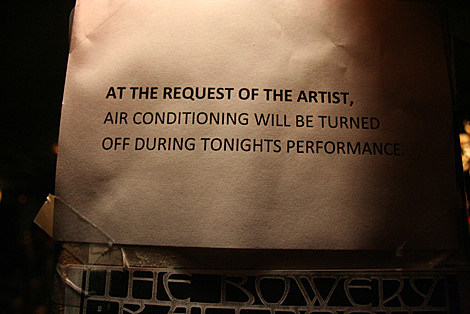 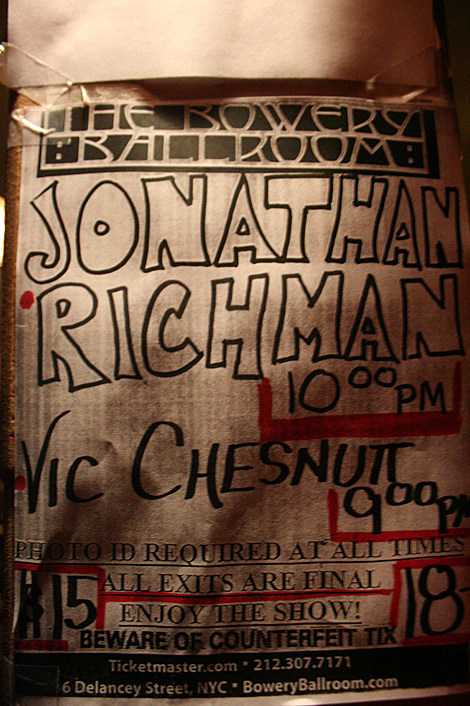 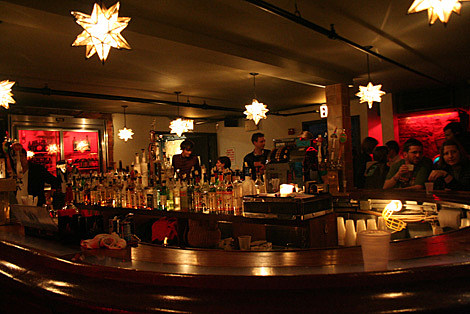 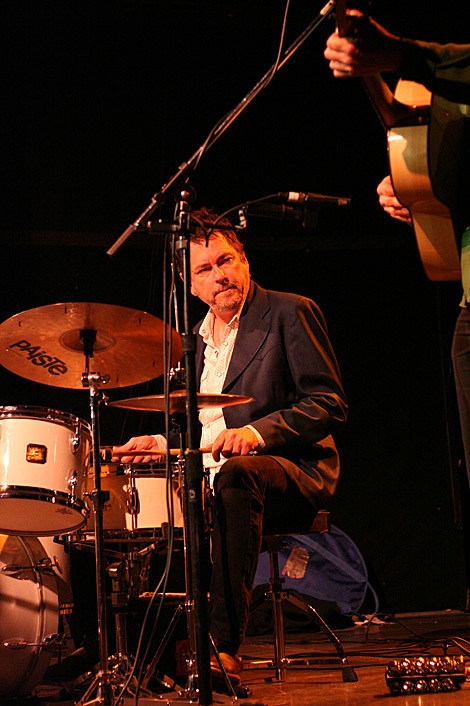 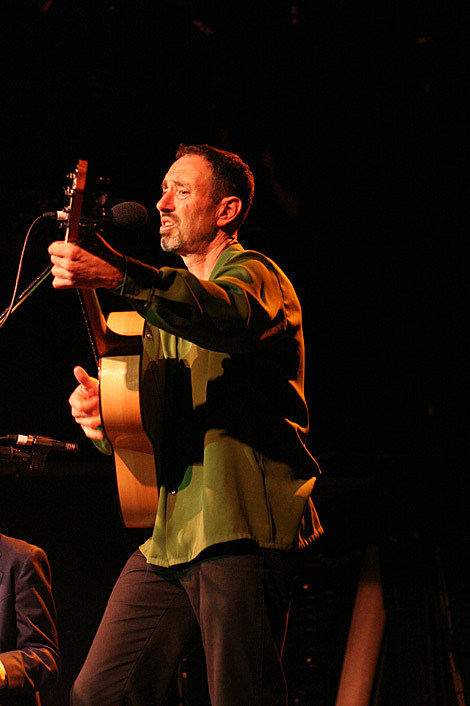 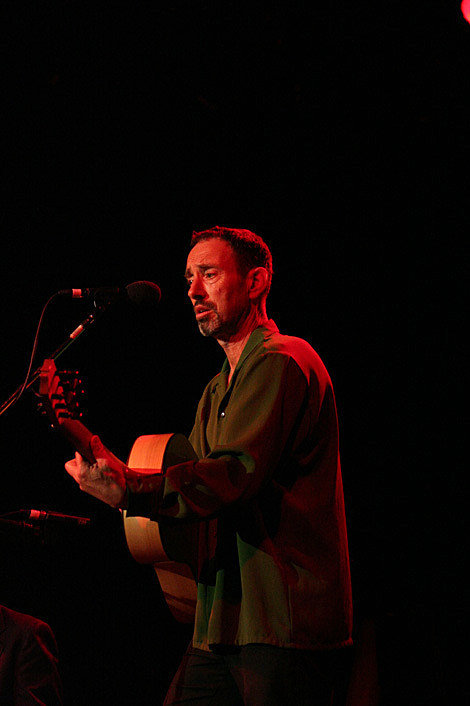 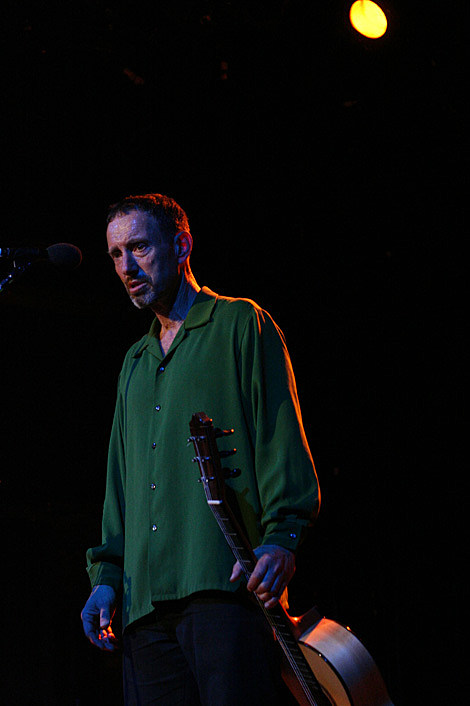 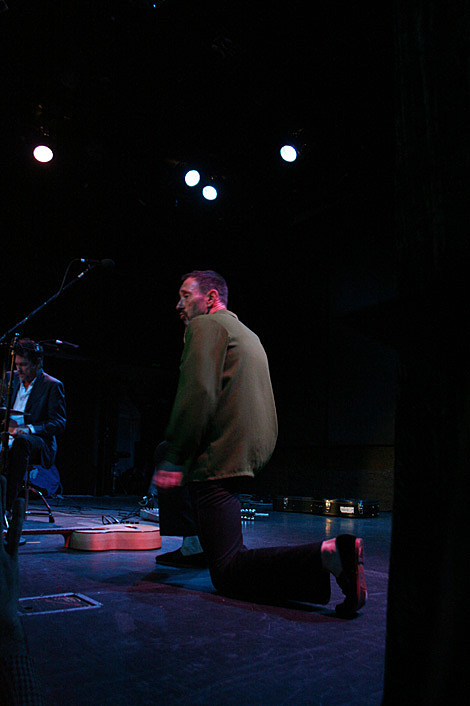 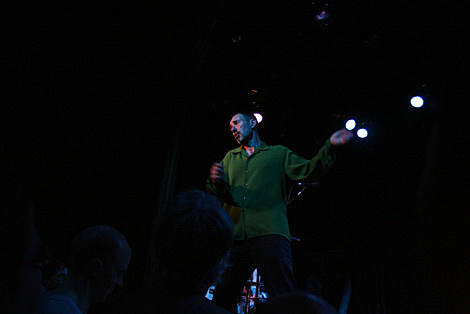 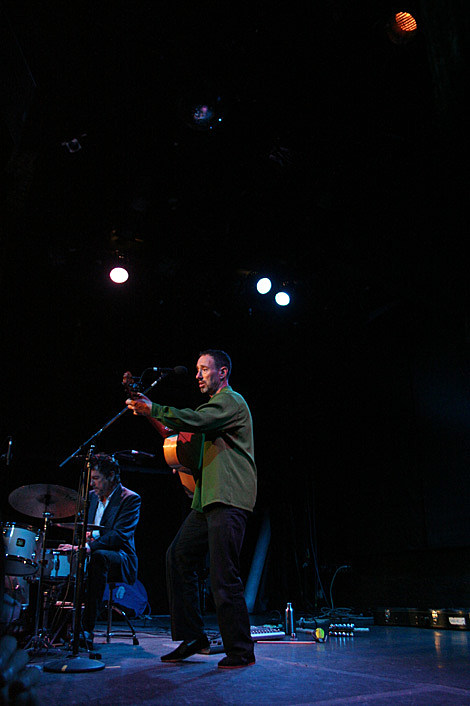 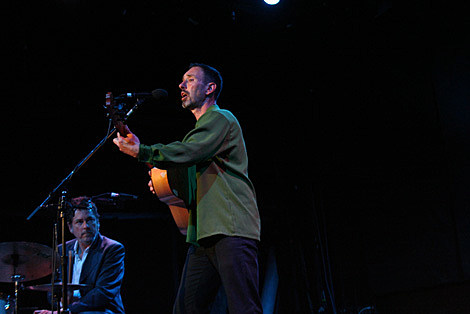 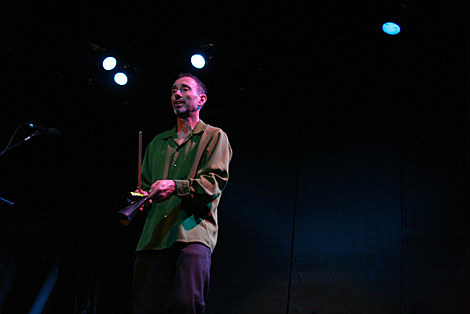 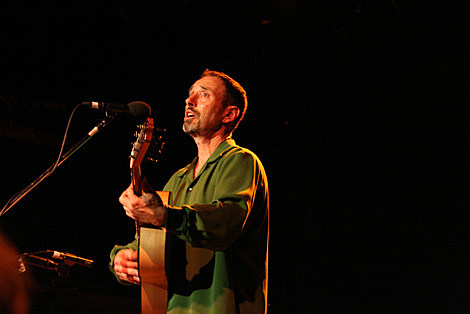 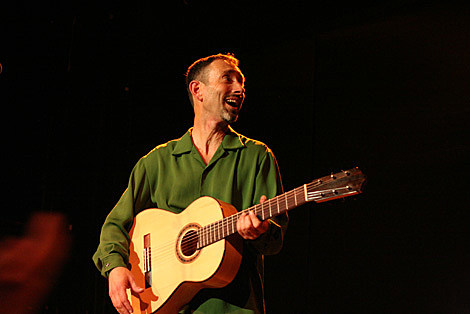 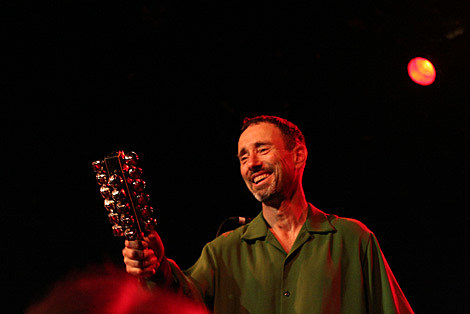 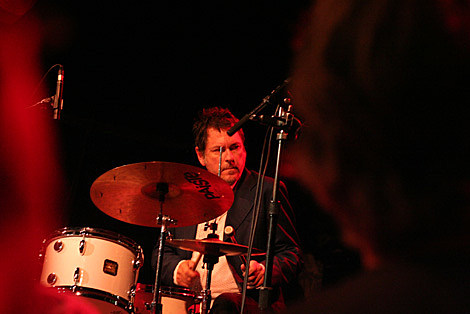