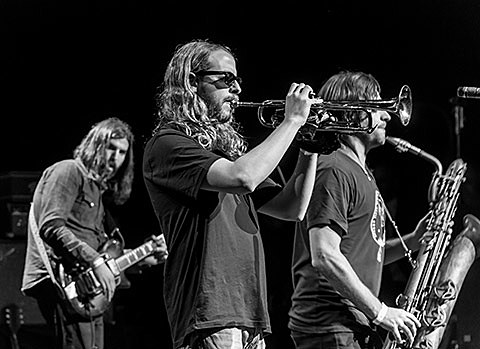 Jonathan Toubin knows his way around a party which is to say he's an in-demand dude during this festive time of year. He's got his fingers all of the following events...

On Wednesday (12/17) at Baby's All Right he'll be DJing the Peace & Love Holiday Ball which features live sets from The Budos Band, The Citizens Band and "surprise guests." The Citizens Band and the Budos Band ( who just played the Daptone Super Soul Revue) usually play bigger places than Baby's so here's a good chance to catch them somewhere more intimate. Tickets are on sale and benefit The David Lynch Foundation and the Ringo Starr Peace & Love Fund.

Then on Saturday (12/20) at Brooklyn Bowl, it's the holiday edition of Soul Clap and Dance Off with special guest selector Charles Bradley. It doubles as a release party for Norton Records' Souvenirs of the Soul Clap Vols 1 & 2. Tickets for Brooklyn Bowl are on sale now.

On New Year's Eve at Home Sweet Home, Nothing Changes is presenting the "New York Night Train Annual New Year's Ball" featuring live performances from Kid Congo Powers & The Pink Monkey Birds, Andy Animal's All Male Revue, and the debut of PMS and the Moodswings (featuring members of Habibi). Toubin and Josh Styles will be DJing and tickets will be available at the door. More info here.

Then on January 3 at Brooklyn Night Bazaar it's a "Captured Tracks/New York Night Train HAPPENING!" featuring live sets from Juan Wauters and EZTV, plus Hula Hoop Harlot Melissa Anne, DJ sets from Toubin and C/T head Mike Sniper. That show is free but you can RSVP to skip the line.

Jonathan Toubin will also be DJing the Glasslands Holiday Party on Sunday (12/21), the Detroit Cobras show at Baby's All Right on 1/2 (which is Detroit Cobras' second of two NYC shows that week, following Bowery Electric on 12/30) and some other gigs as well. All Jonathan Toubin dates are listed below. 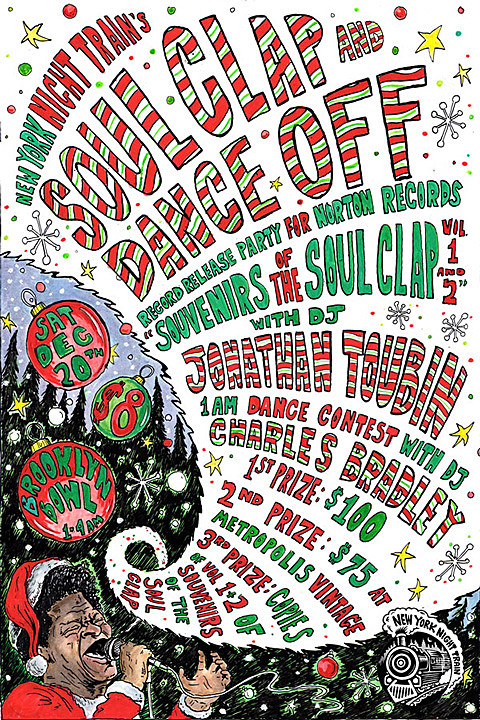 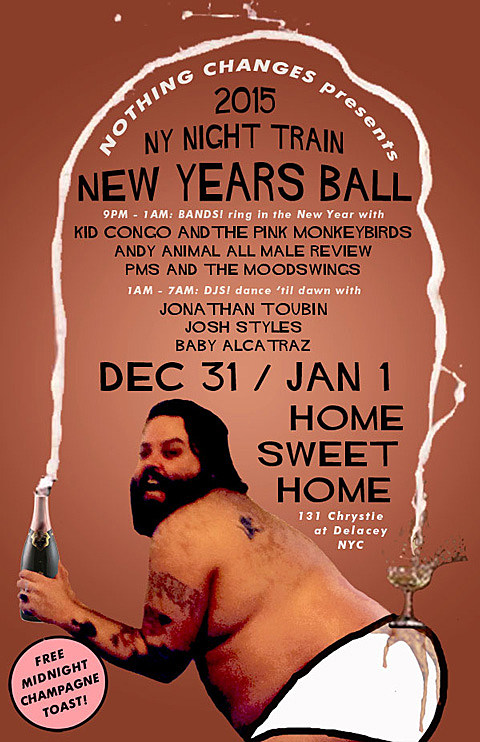