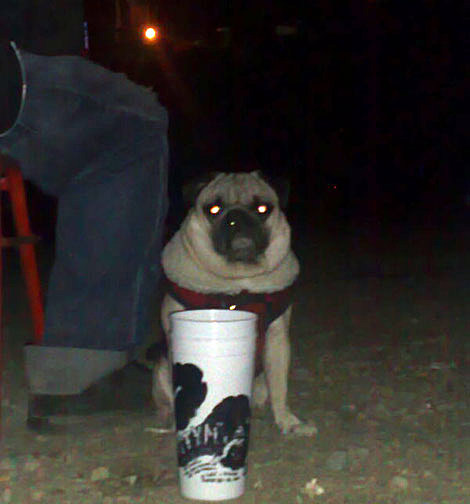 Like many others, DJ Jonathan Toubin never made it to the MtyMX Festival in Mexico on Saturday, Sunday or Monday. His story is in a letter he posted to his website. You can read it below...

(if you're just joining us, you should probably start HERE and HERE...)

A letter to my Monterrey amigos and others regarding my MtyMx cancellation
by Jonathan on March 23rd, 2010

Dear Monterrey friends and other folks in town for MtyMx Festival,

I sincerely apologize for not making it to Monterrey this time. I am so sad to have let you down and am conversely so flattered that you care at all that I couldn't make it. I hope that next time I hear from you, it will be because I'm coming back to party in Sultana del Norte. I've done nearly a thousand gigs and never canceled once before now. Officially I didn't turn up because I was coming down with a major cold after spending 12 straight hours outside, under-dressed for Saturday's arctic chill during my own SXSW party. But I feel you deserve an adequate explanation that should shed some insight not only into my situation but that of some of the other cancellations as many of you don't seem to understand the intricacies of both sides of the situation.

I admit I was on the fence about MtyMx for weeks because 1) I couldn't get the organization to discuss my compensation or other important details of the gig with me and 2) I didn't think I could adequately promote the Soul Clap as I couldn't advertise a dance contest prize, judges, etc and didn't even get the time or admission information until two days before and wouldn't help with simple things like sending the facebook invite out to people. But I'm used to disorganization in regards to Mexican gigs (and American ones for that matter). So, leading up to Saturday, I was planning on DJ-ing two ambiguous afterparties for an undetermined sum of money - but I decided to do it - viewing it as a donation of a couple of free nights (sorry, but at this point in my career, the $100 or so artists were getting is pretty much free to me - particularly with the amount of time and effort involved) with the benefit of seeing my Monterrey friends, being a part of a noble and interesting experiment (and an amazing bill), and lending advocacy to Todd's bold and amazing idea.

By Saturday night/Sunday morning reports were already coming in about 10 to 16 hour bus-rides, the festival sending broken down school buses that turned back to Austin in disrepair, buses not showing up, all kinds of border hassles resulting from the escalation of the internal drug war the last few weeks, etc - and, finally, the events Thursday and Friday which apparently had much of the highway coming south into Monterrey shut down and much of the city in a bit of a panic. Despite the wave of cancellations and advice from my family, friends, and business associates (and my body) not to come, going back and forth on the issue throughout the night, and warning Todd that I may not turn up, I couldn't bring myself to cancel.

Not long before we were to board the festival's 6am shuttle, I got an email from Todd's organization explaining that the 10pm, 2am, and now 6am buses didn't materialize but we would be guaranteed spots on the 10am and 2pm buses. At this point I had worked my NY Night Train party from 11am to 11pm, and then the Vice Party from 11pm to 5am. The whole idea of going back to my dad's house, sleeping a couple of hours, and dragging my worn-down self to see if a bus would indeed materialize and embark upon what was looking like a long and disorderly journey to be hopefully on time to a gig of uncertain details and minimal at best compensation sealed the deal for me - I went to bed for a couple of days.

All of you know I'm not a "pussy band" but a DJ who loves Mexico with all of my heart and has already played in Monterrey (at Yo Garage nonetheless) and elsewhere in the country on my own accord. Anyone who knows even a little bit about me is aware that I constantly hit all kinds of far-flung markets totally exhausted with no sleep - sometimes doing long consecutive runs of up to three straight weeks of between one and three gigs a day. As for the other bands, the ones I spoke with, though certainly concerned about the events of the last few days in Monterrey, mostly canceled due to the disorganization more than the fear - the kind of bands Todd had on the list are a hard-touring ballsy bunch accustomed to dealing with extreme situations. All of them were looking forward to coming to see you or they never would have agreed to do this. As for Todd, this kind of thing can be expected for the first shot of such a grandiose undertaking and he deserves kudos for attempting to go where no man has gone before. I hope he tries again next year ironing out a few details and learning from a few of this year's oversights. We need to knock down the borders - both American and Mexican artists can mutually benefit from one-another's markets and cultures and I think this is a great step. I really think people need to quit blaming both the festival and the bands as the situation on both sides is completely understandable and we've all worked together in the past and will definitely continue to do so in the future (hopefully in Mexico!).

Most of all, I regret not getting a chance to rock Monterrey again. While I hope this letter sheds a little light on the subject for others, it had been written para usted, my amigos/amigas south of the border. I really love you all and can't wait to get down with you all once again - as soon as possible!

More about the Mexican festivities HERE. Catch Jonathan Toubin here in NYC on Wednesday night with special guest Jello Biafra (who is also playing a show at Europa one night later): 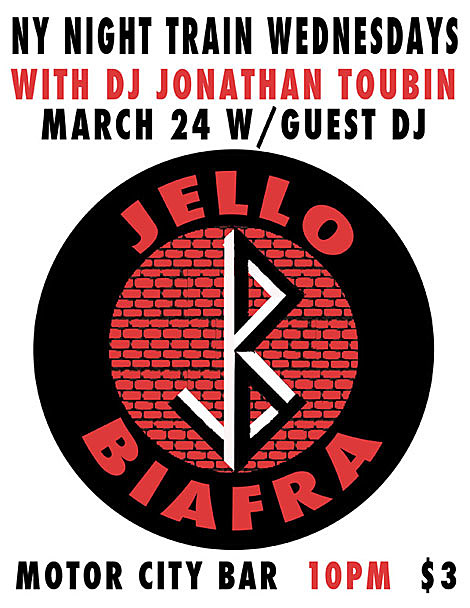