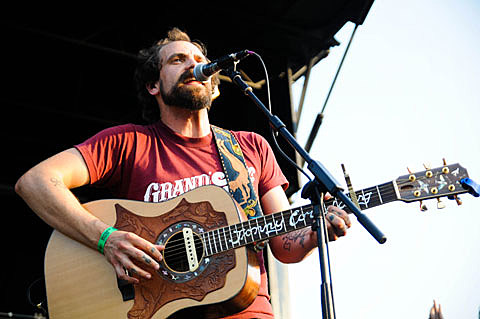 Jonny Fritz (formerly Jonny Corndawg) is heading out on tour this year. First he'll play a few dates with Nikki Lane in February (before she tours with Shakey Graves), and then in March he makes his way to NYC for two shows here. First he opens for Langhorne Slim at Baby's All Right on March 3, and then he plays a headlining show with a "super special secret guest" at Rockwood Music Hall on March 8. Tickets for Baby's and Rockwood are on sale now.

All dates are listed, with a video from his 2013 album Dad Country (his first for ATO), below...