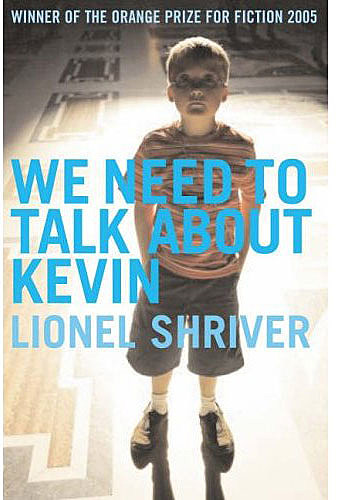 "It may not be the week's biggest bit of Radiohead news, but the band's Jonny Greenwood has been announced as the composer for a new film starring Tilda Swinton. Greenwood will score We Need to Talk About Kevin, the third feature by Scottish director Lynne Ramsay.

This is not Greenwood's first time writing music for the big screen. His debut soundtrack, for Paul Thomas Anderson's There Will Be Blood, won an Ivor Novello award. This was a minimalist work featuring tense, dissonant strings and tribal drumming. Greenwood also scored a Japanese adaptation of Haruki Murakami's Norwegian Wood, which is due for release in the UK on 11 March." [Guardian]

Radiohead have a new album out this Saturday. ALSO:

On May 20 and 21, Wordless Music concludes its fourth season with the United States premiere of Doghouse, the longest and largest work yet for orchestra by Radiohead guitarist Jonny Greenwood, on a program with the first New York City performance of Philip Glass / David Bowie / Brian Eno's Symphony No. 4 ("'Heroes,'" based on the music of Bowie and Eno) and György Ligeti's Chamber Concerto, all performed by Ensemble Signal with the Wordless Music Orchestra and conductor Brad Lubman. Tickets for the May 20 and May 21 concerts at the New York Society for Ethical Culture are now on sale.