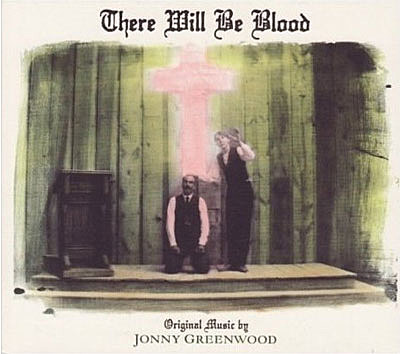 I knew that Jonny Greenwood of Radiohead just put out a CD, and I've seen the creepy trailer for the new Paul Thomas Anderson movie starring Daniel Day-Lewis, but it wasn't until today that I put two and two together and realized that both of these things are There Will Be Blood.

Anderson had been a fan of Radiohead's music and listened to Popcorn Superhet Receiver halfway through writing the screenplay. After agreeing to score the film, initially Jonny Greenwood had his doubts and thought about backing out but Anderson's reassurance and enthusiasm for the film convinced the musician to stick with the project. [Wikipedia]

There Will be Blood opens on December 26th. The soundtrack is available at Amazon, and three songs are streaming at its official site.

Popcorn Superhet Receiver is being performed (apparently WITHOUT Jonny Greenwood in attendance, although I'm told there's a chance he might show up) in NYC on January 16th & 17th.