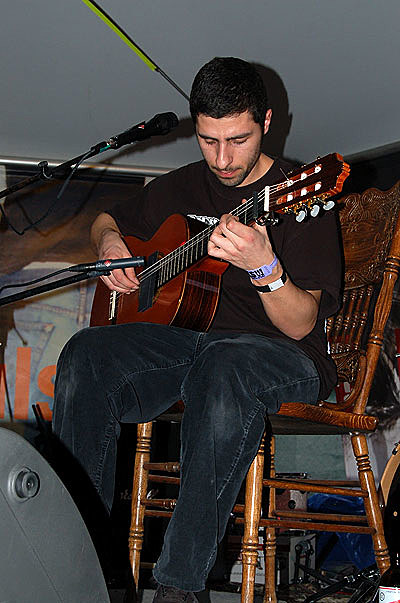 Jose Gonzalez played a lot of shows during SXSW. Not counting the time he was going down the escalator in the convention center while I was going up, his Thursday afternoon show in the FADER tent was the only time I saw him (March 16, 2006). Jose handled the situation well and everyone up front was cheering, but the crowd noise from the back was just way louder than Jose's singing. It's a bad idea to put quiet singer-songwriters in large tents where free alcohol is flowing. Forward Russia played right after him - they were a better fit for the situation. Joe's Pub will be a better situation for Jose.

(note: I actually did try stopping by Jose's official showcase at Eternal, but was turned away at the door for having a bag)