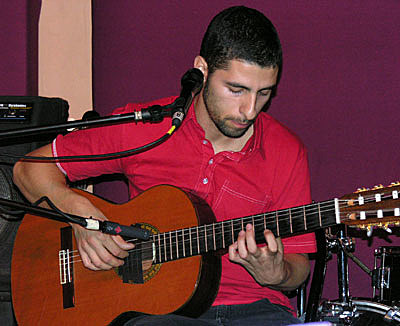 José González was absolutely amazing last night at The Living Room in NYC (October 18, 2005). He played after Emm Gryner and before Mike Wexler (and Doveman) at the CMJ-sponsored show. The over-capacity crowd was clearly there to see him. Emm was lucky to get the large earlybird audience. Wexler was not as lucky. Not only did he have to follow an extremely talented musician, 90% of the crowd left after Gonzalez. I didn't, though admittedly it was hard to think anything sounded good after hearing Jose sing and play guitar. He played at least two covers to close the pre-encore set: a Kylie Minogue song and Massive Attack's Teardrop. The encore was two more songs. 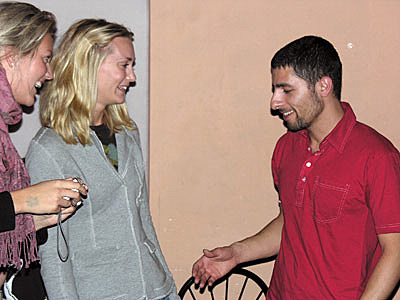 Jose is a superstar in his home country of Sweden. Those who didn't know it already, probably figured it out after seeing the small mob of Nordic women surrounding him after the show. Jose gave out lots of autographs. If he's promoted properly in the U.S., I think we'll see him playing Radio City in no time. 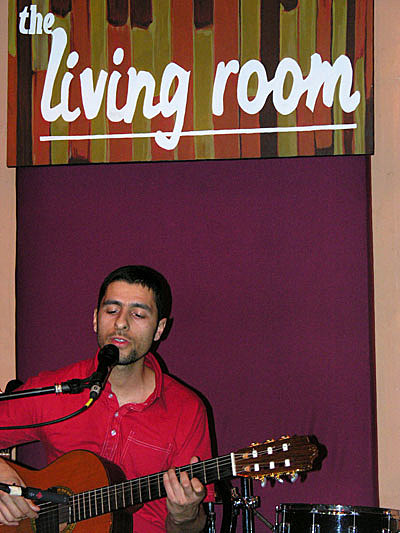 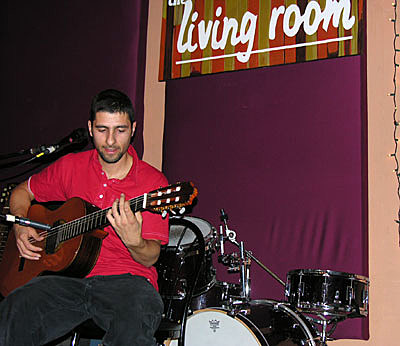 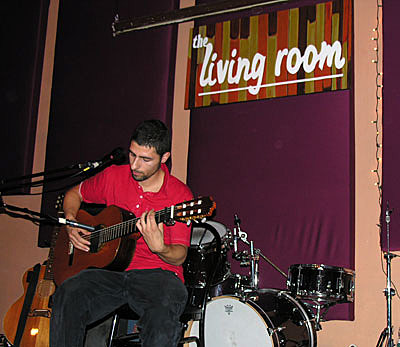 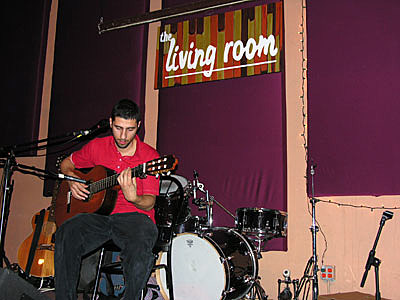 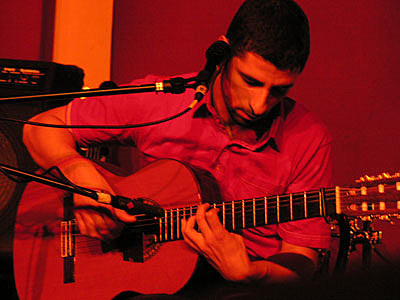 I missed My Morning Jacket & Franz Ferdinand for this show.