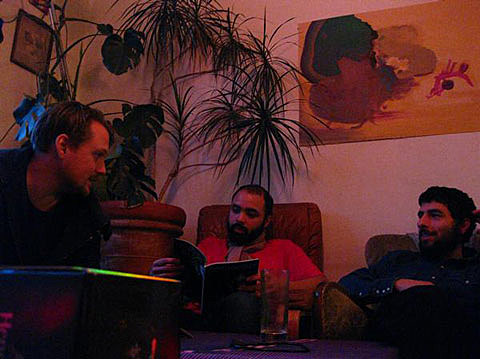 Junip, singer Jose Gonzalez's band with fellow Swedes Elias Araya and Tobias Winterkorn, will be touring of North America this June (in addition to a bunch of European shows they have planned). They play two NYC shows: one at the Knitting Factory on June 9th and another at Bowery Ballroom on June 10th. Tickets to the first are on sale. Tickets to Bowery go on sale Friday at noon.

The band isn't new - they've been playing together since the late '90s and put out the Black Refuge EP in 2006 - but they will be releasing new material. Expect a new EP and a full-length later this year (on Mute in the US and Canada, City Slang in Europe, Shock in Australia and Ultra-Vybe in Japan).

A new song is available on through the band's site (for your e-mail address). Other tracks are streaming on their Myspace. Videos of the band and all tour dates are below...