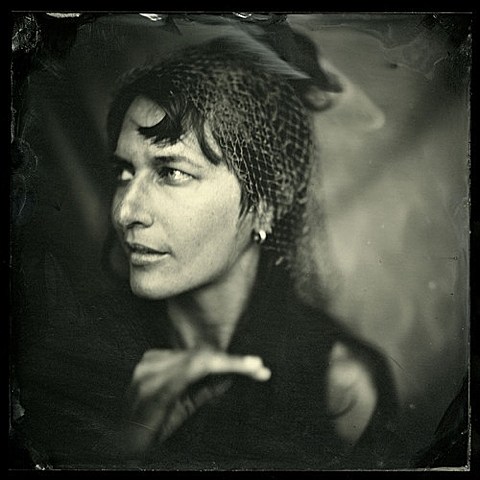 Colorado folk singer Josephine Foster has been making bare, 60s/70s-style folk for over a decade now, having last released her album I'm A Dreamer in late 2013 via Fire Records. No less impressive than the albums that preceded it, Josephine's wide vocal range is still the star here and thanks to her choice to still sound like she has little more than a mic in the middle of the room, her songs stay haunting and raw. This record's certainly gone a little unfairly overlooked, and if you've yet to hear it, you can stream it in full on RDIO and listen to the title track below.

Josephine is continuing to support the album on a tour with past collaborator and husband Victor Herrero, which began in Baltimore last night (1/15). That tour brings Josephine and Victor to Brooklyn for two shows here, including one at Issue Project Room on January 22 and one at Todd P's new venue Trans Pecos on January 30 (915 Wyckoff Ave, aka the old Silent Barn space). The Trans Pecos show is one of the Northern Spy-presented shows, and also features Blood Warrior (aka Greg from O'Death), The Kinematics and Ancient Ocean + Daniel Carter. More info at the Facebook event.

That Issue Project Room show is with '60s-era folk legend Ed Askew, whose sound (and the sound of his contemporaries) was likely influential on Josephine Foster. Tickets for that all-around great lineup are on sale now. You can also catch Ed playing a FREE Brooklyn show a few days later at Union Pool on January 25. That one's an afternoon show starting at 4 PM.

All Josephine Foster dates are listed, along with streams, below...