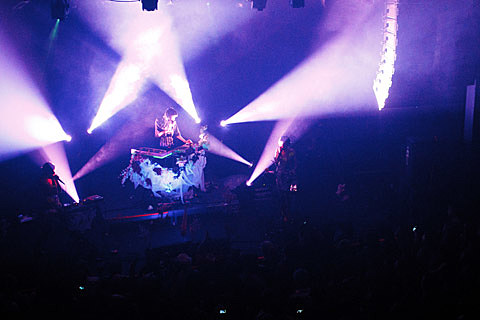 Josh Moore, talent buyer at Bowery Presents, is in charge of booking shows at Music Hall of Williamsburg, but you'll also find gigs he booked at places like Brooklyn Bowl, Webster Hall and Terminal 5. You can also blame him for both Jam Cruise and Holy Ship. Like his his associate Johnny Beach and ex-Bell House/Union Hall/Rock Shop booker Jack "Skippy" McFadden before him, Josh gave us a list of his favorite albums of 2012. Check it out, along with some related videos, below...