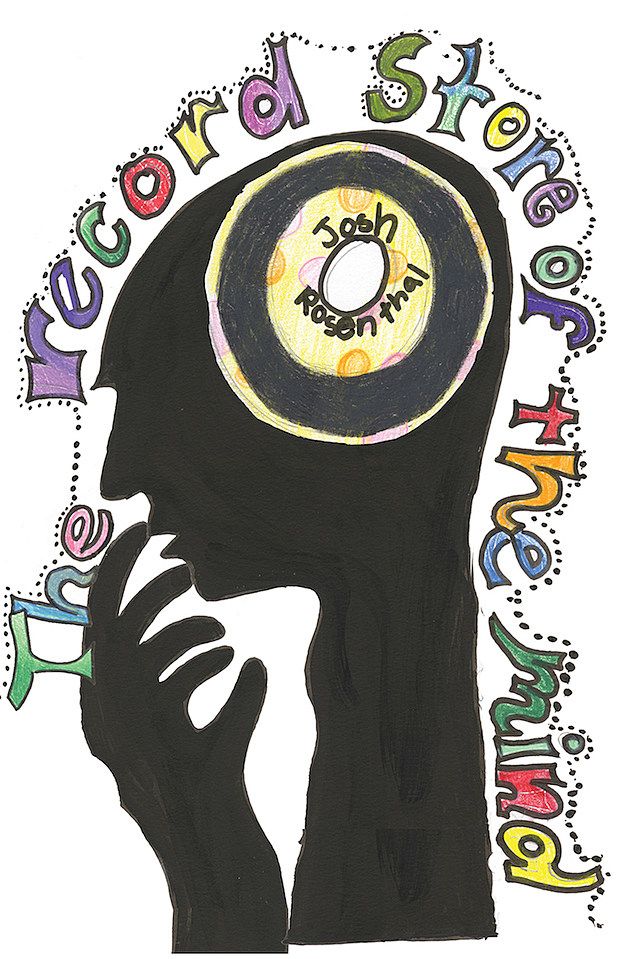 We mentioned that folk artist Bob Brown would be playing DC as part of a show featuring a reading from Josh Rosenthal who runs the Tompkins Square label (who are reissuing two of his albums.) It's part of a tour for Rosenthal promoting his new memoir, The Record Store of the Mind:

Grammy-nominated producer and Tompkins Square label founder Josh Rosenthal presents his first book, The Record Store of the Mind. Part memoir, part “music criticism”, the author ruminates over unsung musical heroes, reflects on thirty years of toil and fandom in the music business, and shamelessly lists some of the LPs in his record collection. Crackling with insightful untold stories, The Record Store of the Mind will surely delight and inspire passionate music lovers … especially those who have spent way too many hours in record stores.

Each stop on the tour will feature a "special guest," including people like Peter Walker, Chris Forsythe and Max Ochs. The NYC stop on the tour happens at Secret Project Robot on April 6 and will feature three guests -- Wax Lion (featuring Kid Millions and Jessi Carter),  Michael Daves and the first-ever NYC performance by American primitive guitarist Harry Taussig. That event is $10 at the door and more info is here.

The Record Store of the Mind is out now in paperback and all manner of digital options. All tour book tour dates are listed below.